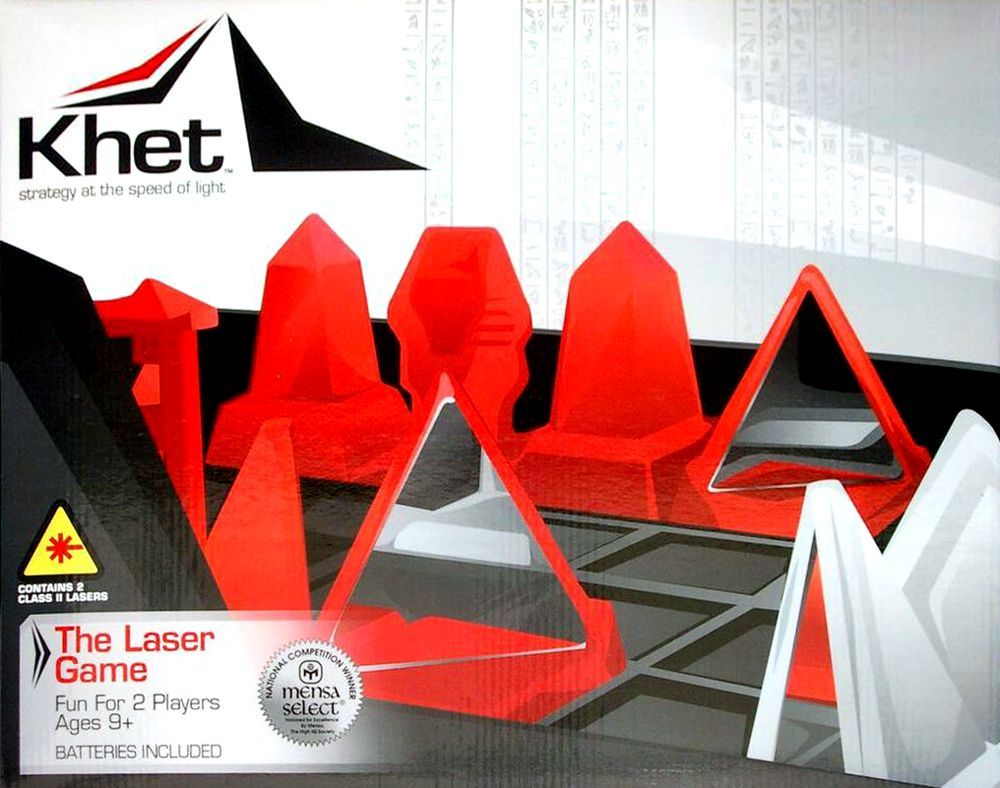 Khet (a.k.a. Deflexion) is a chess-like board game that has two built in lasers and movable Egyptian-themed game pieces that have embedded mirrors that can be positioned to bounce the laser light around the board and hit opponent pieces. To play, players alternate moving their pieces around the board. Some pieces have mirrors and some do not. Bounding the board is a raised frame into which are built two low-power lasers, one for each player. The game pieces include a "pharaoh", obelisks, and pyramids with mirrors. After each move, a player must press the button on his/her laser. The beam bounces from mirror to mirror around the playing field. The challenge is to protect one's own pharaoh while maneuvering to "light up" the opposing player's pharaoh.