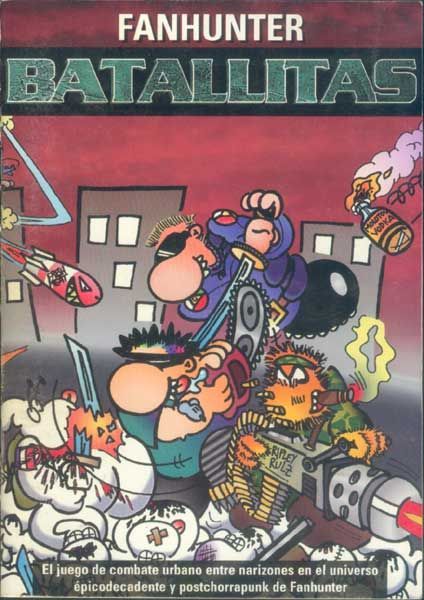 Barnacity is near E-X-P-L-O-S-I-O-N! Fanhunter Battles is a boardgame where bloody urban combats between Papal Troops from Alejo I and brave hordes of Resistence Fans that opposing the Alejo I Pope, in the near Future and comic world of Fanhunter. A system game for idiot proven gamers, 8 modular boards, tons of tiles and chits, 6 scenarios ready to play, a language that scanal your parents. Fanhunter includes everything for starting the war in the streets of Barnacity. This time it is the war... Expanded by: Fanhunter: Suburbia Expansion