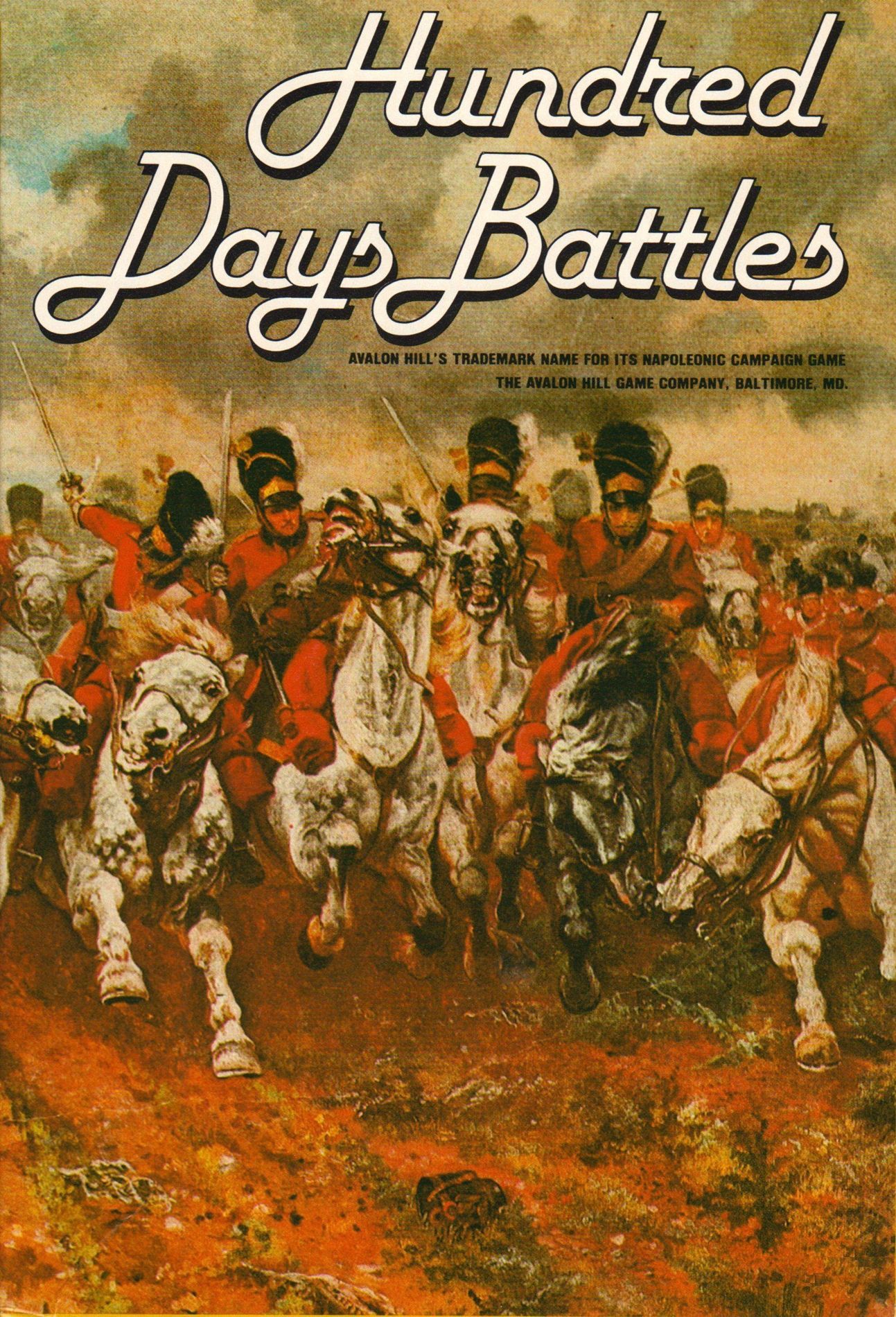 On March 1, 1815, The exiled Emperor Napoleon Bonaparte landed a small escort on French soil at Cannes, having escaped from the island of Elba. For the next 100 odd days, he would once again terrorize Europe at the command of the feared imperial French legions. Surrounded on all sides by armies of the great European powers, Napoleon's plan was to march north to Brussels, separate the Prussian and Anglo-Allied armies from each other, and defeat each in detail. Destruction of the armies would probably mean peace for France and the saving of the Emperor's Crown. Failure was unthinkable. HUNDRED DAYS BATTLES is Avalon Hill's strategy game for two or three players which recreates the climax of the Hundred Days Campaign. The division sized units of both sides are represented on the map by leaders who command their corps and army formations. Leaders march, force march, and influence combat according to their individual abilities. Combat is resolved by rolling a die on the Combat Results Table. To win, the French must exit units off the map towards Brussels, or destroy the Allied armies. The Allies win by preventing French victory. HUNDRED DAYS BATTLES comes complete with a colorful map of the historic battle areas of southern Belgium, 100 playing pieces, and a short rules booklet. Playing Time: 2 hours Complexity Rating (from 1-10, 10 the highest); 4