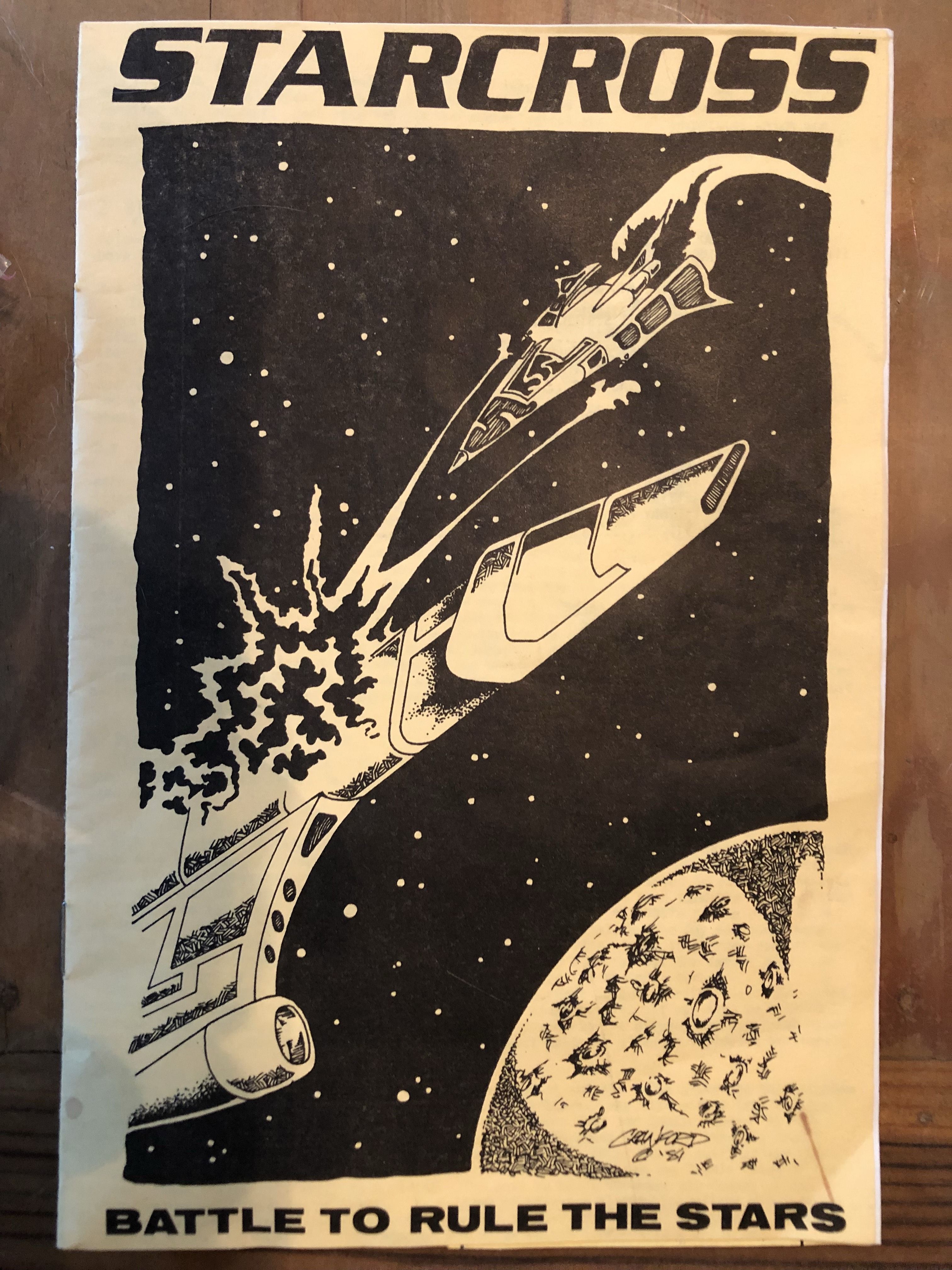 Starcross is a relatively simple strategic science fiction game. The board is made up of a number of hexagonal sections, the number in use depending on the number of players and the desired length of the game. Each section has a number of star systems which produce varying amounts of credit, and have no other characteristics. Players use their controlled credit each turn to build or upgrade their ships. Ships have two characteristics, movement speed and combat strength - players choose the values of these by how much they spend. Interest is added by the technological advances which can be purchased. Some of these are permanent, such as Hyperdrive, which lets one ship per turn move an unlimited distance, or Capture, which lets you capture enemy ships if you have a 3:1 advantage, while some are temporary, such as Force Field, which protects a system for one turn. (Capture will sound familiar to players of Flying Buffalo's Starweb play-by-mail game - most of the Starweb abilities are in fact reproduced here.) Each advance can only be purchased a given number of times per game (depending on the number of players), so players will be forced to use different mixes of abilities. The object of the game is to control a given quantity of credit production.