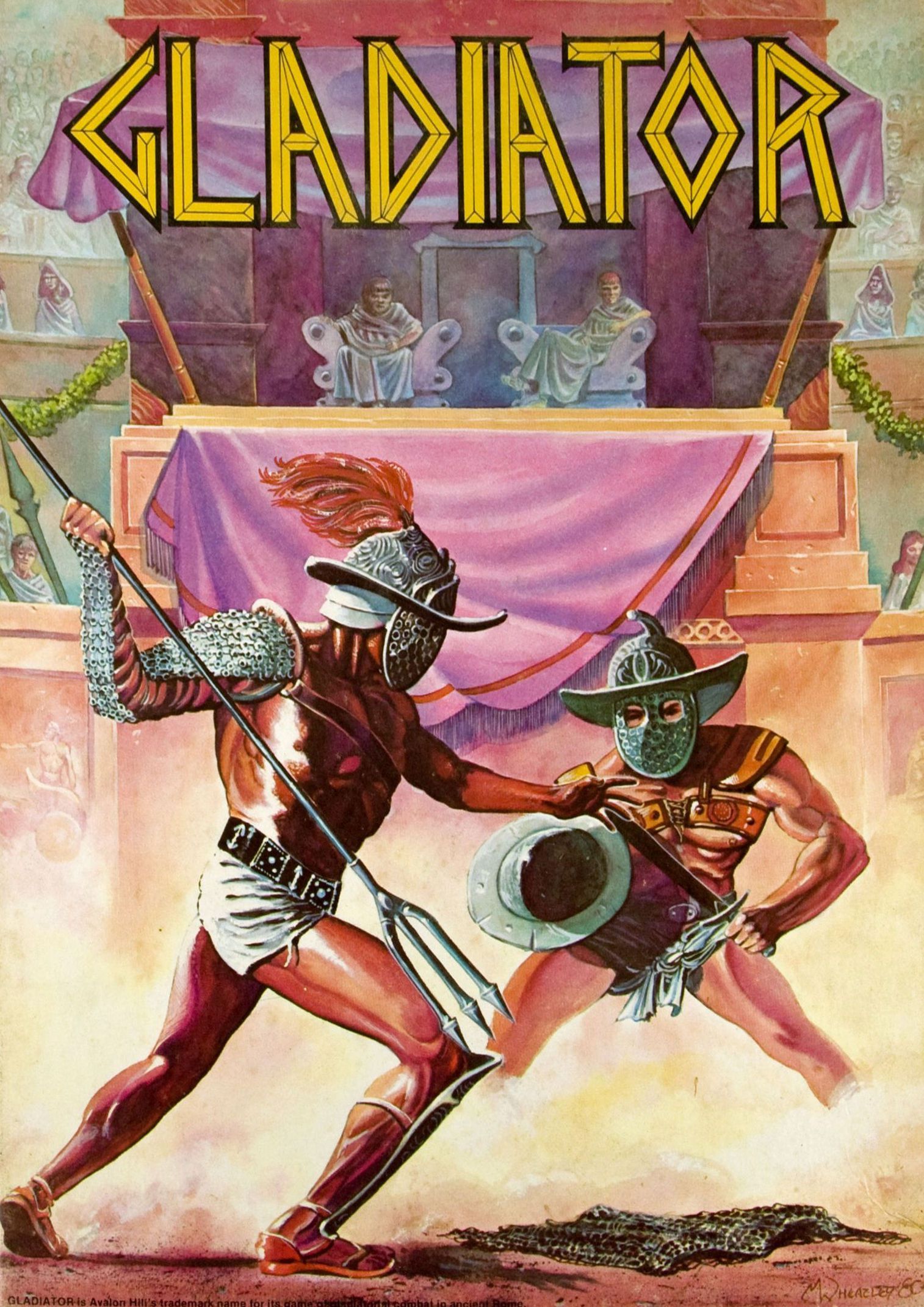 Prior to publication by The Avalon Hill Game Co, Gladiator was part of the two-in-one Battleline game Circus Maximus. The savage splendor and pageantry of ancient Rome lives again in this game of man-to-man gladiatorial combat. Each player assumes the role of one of a matched pair of gladiators pitted in a contest of arms to the death. Superbly trained and equipped for the sole purpose of entertaining the citizenry with their life and death struggles, each man must fight with all the skill he can muster for his very survival. There is no question of bravery in the arena. It is kill or be killed and each man must muster all the skills and cunning he can summon in this most desperate of battles for survival. There can be only one victor in the arena and no second chance for the loser. For missus can be granted the fallen only at the whim of the emperor. And all too often mercy takes the form of a quick end on an opponent's blade. Let the games begin!