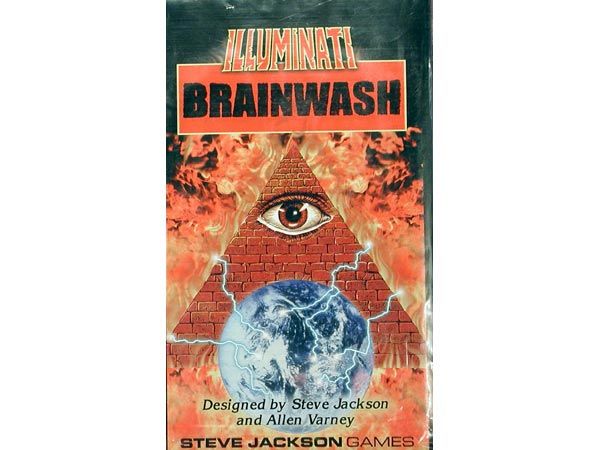 This is the re-released third expansion of the popular Illuminati: Deluxe Edition card game. This game set contains 108 play counters, one sheet of money counters, one 14" x 18" game mat and the rules set. This expansion allows players to brainwash the existing groups by changing their alignment (e.g. from Liberal to No-Liberal to Conservative). Special propaganda rules allow the player to change the base World sociological climate. Own more Media types to force propaganda to go your way. Other additions such as rules for building up power, resistance and income of a group and new illuminati groups suited for this expansion are included. Expands: Illuminati: Deluxe Edition