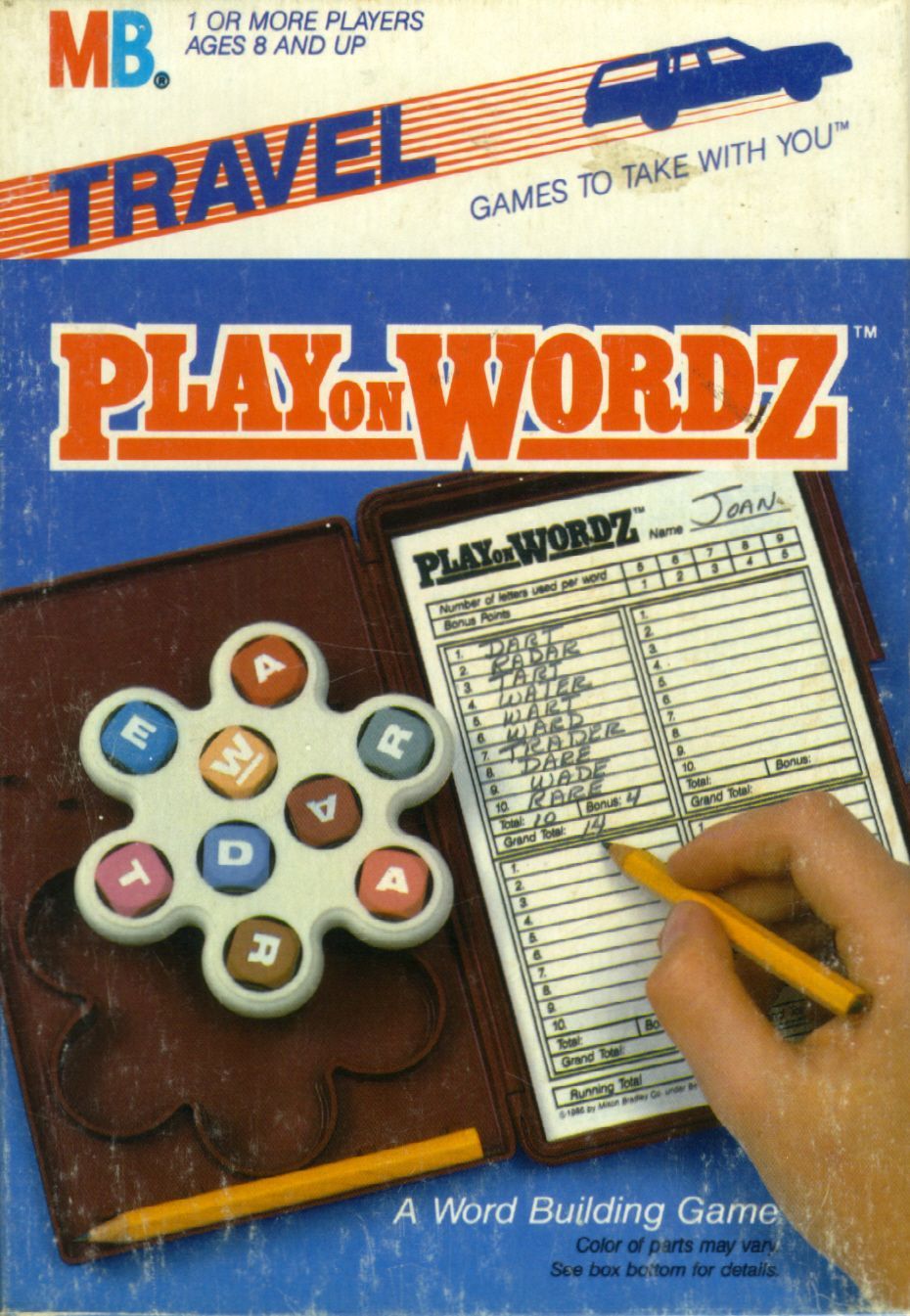 A set of 9 lettered dice are rolled simultaneously and players form as many words as possible as quickly as possible with points scored for non-duplicated words and for longer words. Each player tries to form 10 words with at least four of the letters shown, thus ending the round. Each word that only one player wrote scores a point; additional points are awarded for longer words; points are deducted for misspellings or using letters not shown. Play on Wordz is a word dice game. Similar to: Stellar Speller (which has 7 dice instead of 9, and is sold by Discovery Toys)