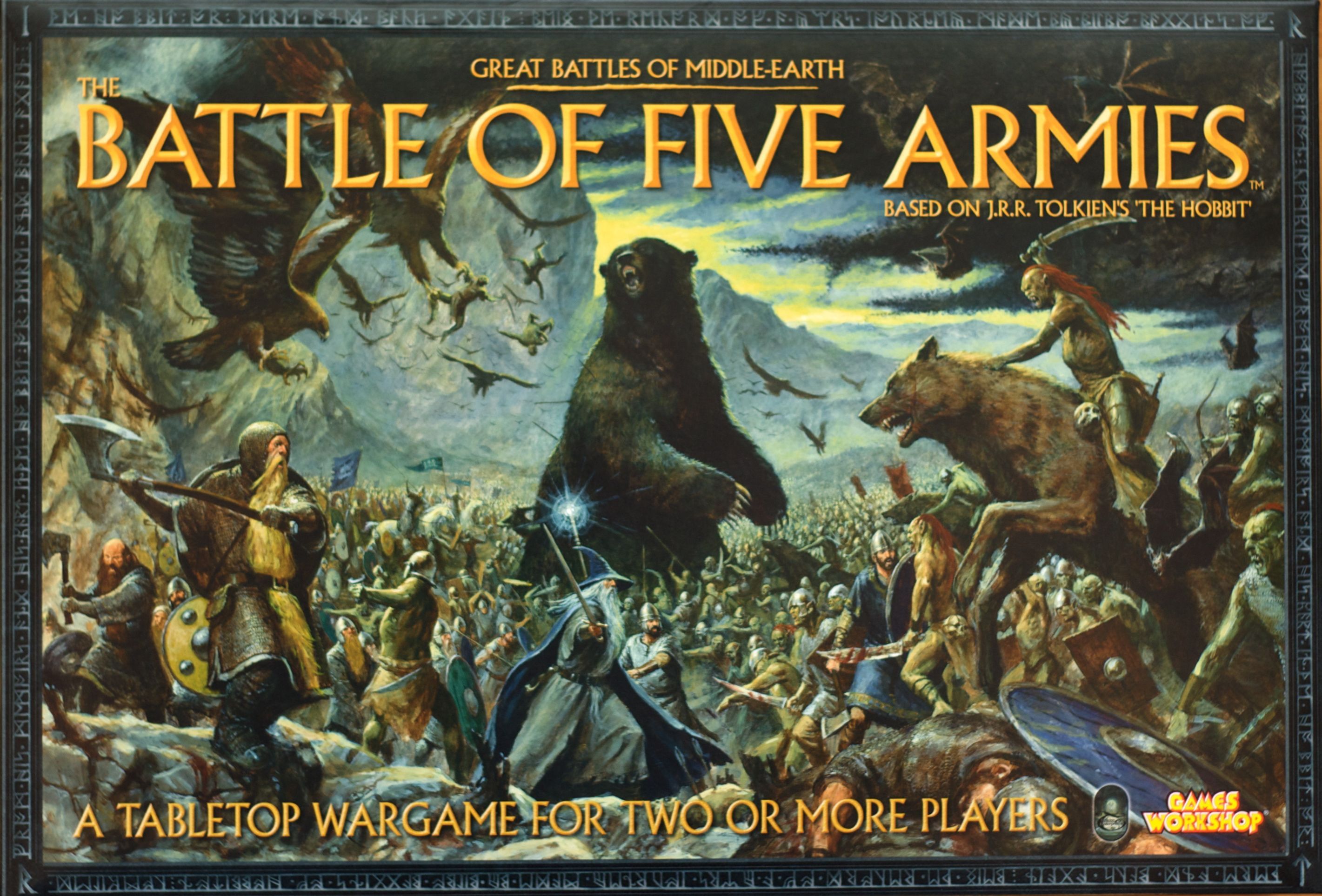 This is a self contained miniatures battle game based on the Battle of the Five Armies in J.R.R Tolkien's book "The Hobbit". It uses 10mm miniature figure blocks for each of the forces present. The game system is based on Warmaster also by Games Workshop. The game comes with all the unpainted plastic miniatures and terrain, an unpainted plastic modular hill and a colour printed cardstock river, needed to play the game. The miniatures can be clipped together to be able to play the game relatively quickly, or they can be glued together and painted by those who want a more satisfying visual miniatures game. The main scenario of the game is the Battle of Five Armies, but rules are included to allow design of your own scenarios. The game was expanded by metal miniatures sold separately in blister packs, but these are no longer available. The rules to include these are included in the game box.