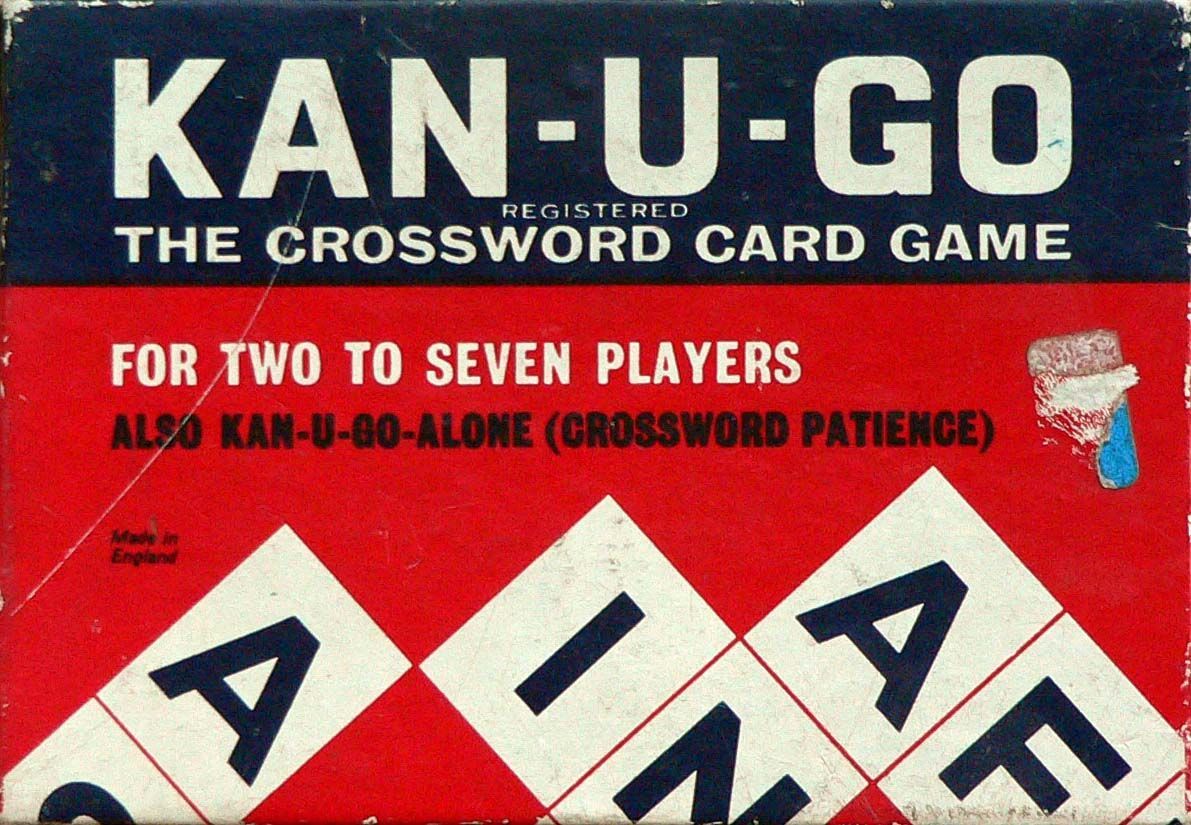 An old crossword card game from the 30s, I was given my copy of Kan-U-Go in 1975. It has small cards with letters and values, and simple rules for playing and scoring. But the cards aren't small enough and the game soon fills a table. Not bad, but it's obvious why Scrabble sells. Copyright September 10th, 1934 by T.G. Porter (Printers) Ltd., Leeds 9. My version has 58 letter cards plus two Kan-u-go wild cards ... my search of the internet shows no consistency in the number of cards quoted for this game (I have found quotes of 52 to 58), and in fact several used game sellers (who should know better) failed to quote any number of cards. My version of the game is for 1 to 7 players, as there are rules for a solitaire version, entitled "KAN-U-GO -- ALONE" (Crossword Patience). Unlike the version whose pictures appear in this file, my rulesbook is slightly different, it is not nor ever has been glued to the box top, the cards have blue backs of the same design as shown, and the box has a pseudo-marbelled finish in peach and gold.