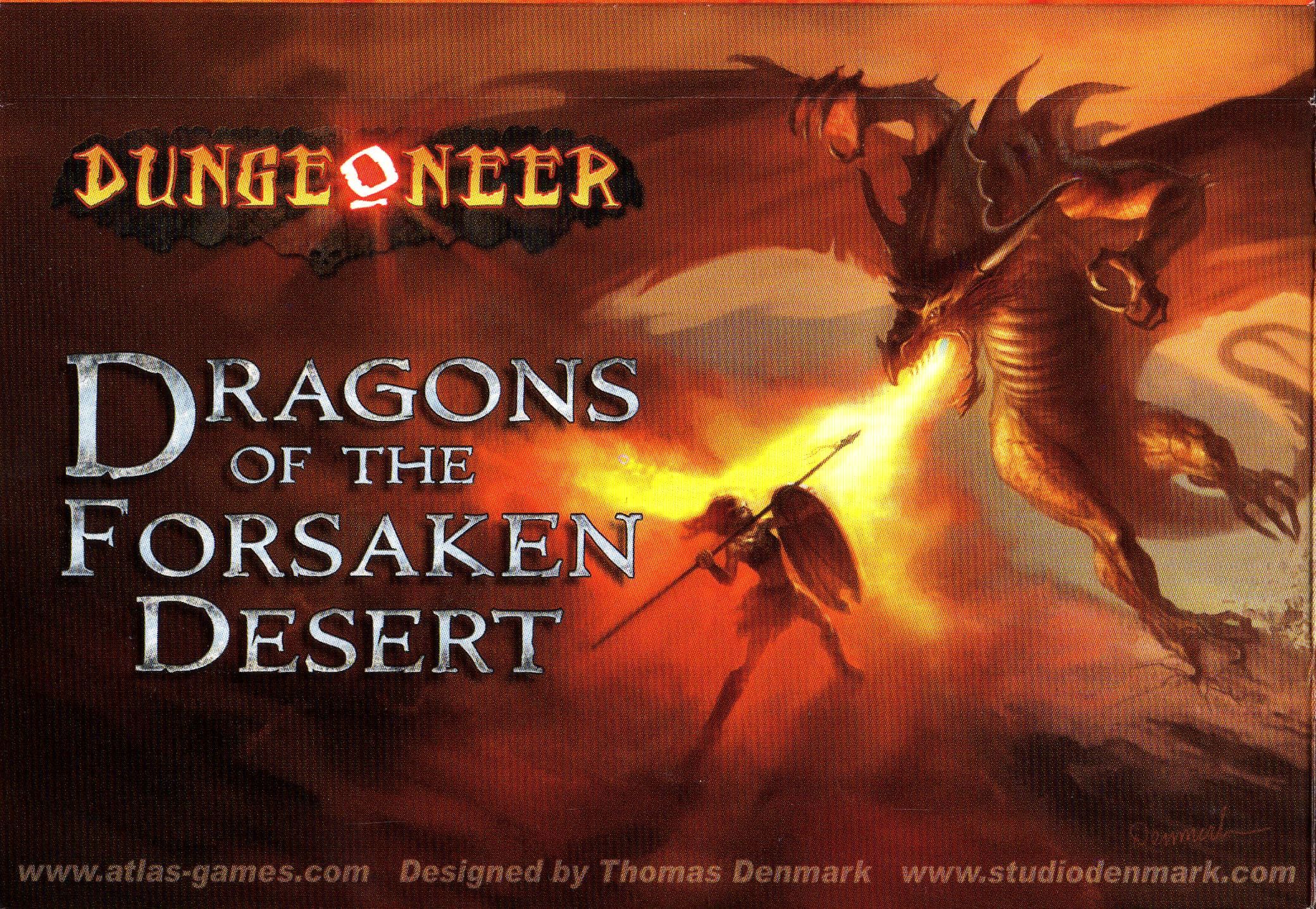 This is the fifth Dungeoneer game, a wilderness set with a desert theme. From The Publisher's press release: "Long ago the sorcery of the Eldritch Lords transformed fertile plains into a desolate waste. Now the crumbling ruins of a great civilization litter the landscape, and only the remnants of the people known as the Drakan survive the harsh desert. But the mighty Dragon King has summoned legions of his kind and their lizard-men minions to lay claim to the desert. Can you defend the villages of the Drakan and defeat the vile dragon horde? "Dragons of the Forsaken Desert is a two- to four-player Dungeoneer card game. Your character explores a wilderness that you build with map cards, while fighting monsters, completing quests, and leveling up along the way. Each Dungeoneer set can be played as a stand-alone card game, or combined with other decks for more dungeon-delving fun. Dragons of the Forsaken Desert features 110 new Dungeoneer cards, including dragon-themed monsters and Six new heroes for your Dungeoneer game: Arcanist, Barbarian, Cleric, Defiler, Dragonslayer, Priestess." Part of the Dungeoneer Series.