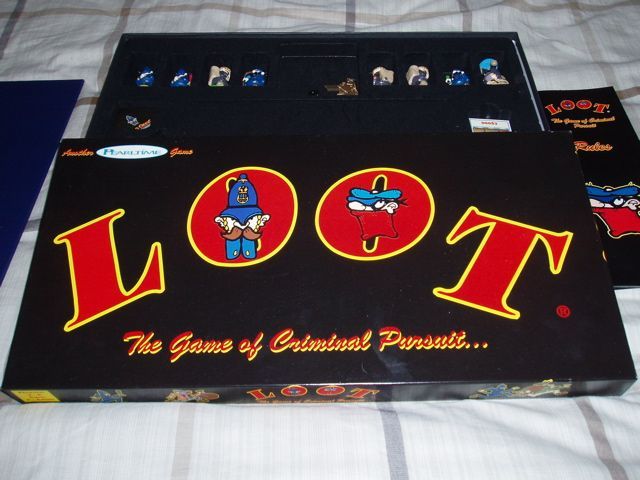 Players play either cops or robbers, up to 4 of each. With two players, one player uses two cop pieces, and the other uses two robber pieces. With more players, the pieces are divided as required, but there must be an equal number of cops to robbers - thus with odd numbers of players, one player should play two pieces. The object for the robbers is to steal objects and get them safely to their hideout - for the cops it is to catch a robber red-handed, and recover the goods. When all ten goods are either stolen (and hidden away) or recovered by the police, the winner is the player who has stolen/recovered the most. A fairly straightforward roll and move game, but the pieces and quality of build makes this a better than normal game of this type. Nice molded and painted player pieces depict robbers with swag bag over their shoulder (into which can actually be placed the item being stolen), and the traditional British Bobbie with his truncheon.