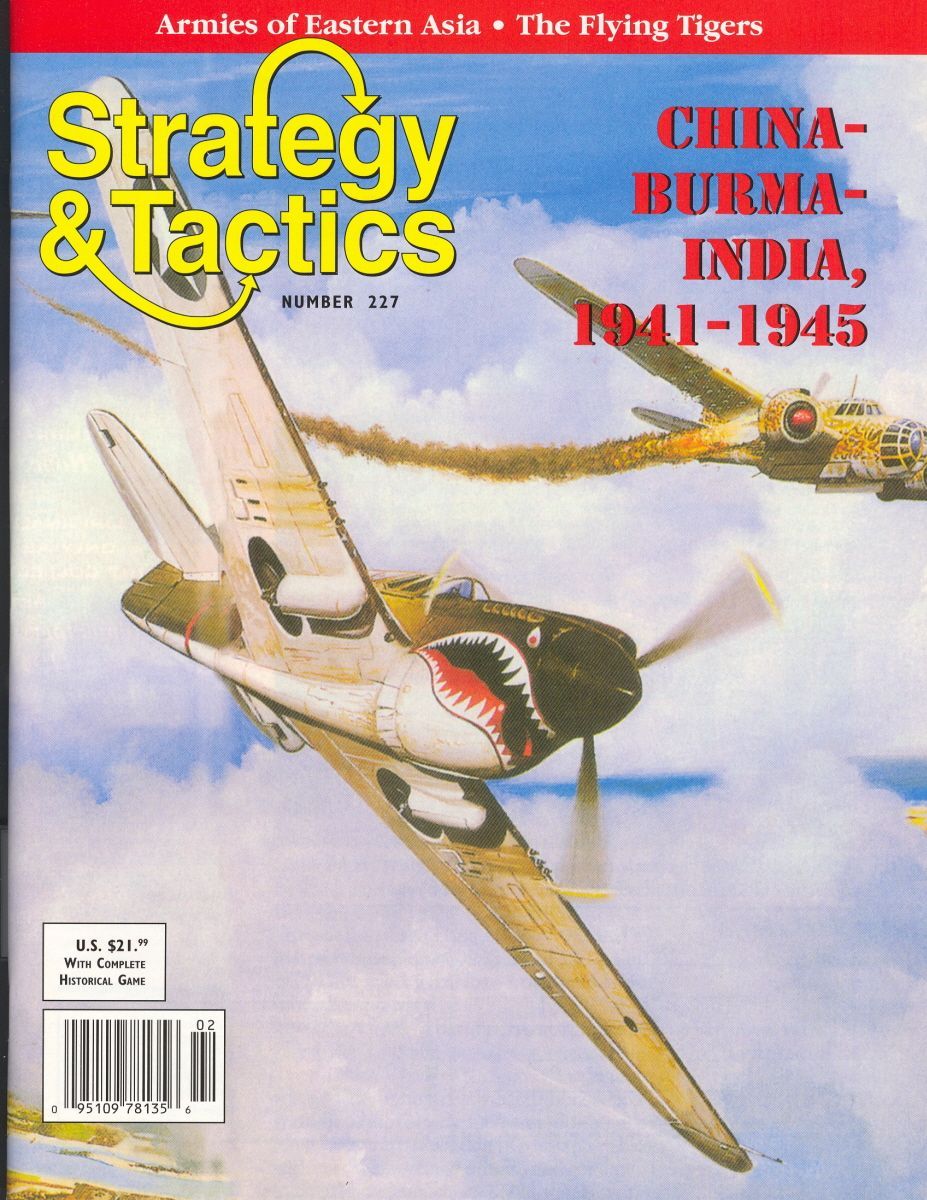 Vinegar Joe's War: CBI (China-Burma-India Theater of Operations) is a wargame of the World War II campaign in Southeast Asia: Malaya, Burma, Indochina and adjoining areas of India and China. In that campaign the Japanese overran Malaya, captured the strategic British base of Singapore and conquered Burma. Later campaigns saw the Japanese-Allied struggle for the Indian Frontier, the deployment of the Chindits, and the final Japanese grasp during the Imphal campaign, followed by the Allied counter-attack that won victory in the theater. CBI is intended to be a simple game: it allows for the completion of the entire four year campaign within 16 turns. It includes all critical operations, however: land and air warfare, special operations and logistical considerations. The game has two players: the Allied and the Japanese. Players conduct operations with their units in their own turns. The objective of the game is to capture strategic locales and destroy enemy units. Game scale: Each map hex equals 60 kilometers. Each turn represents three months of operations. Each airstrike represents one or two British wings, US groups or Japanese air regiments. The game includes three scenarios. Scenario 1, "Singapore to Calcutta" is the campaign game, 1941 - 1945 (16 turns). Scenario 2 covers the last Japanese offensive in Southeast Asia: "Imphal". Scenario 3 is a short scenario entitled "Fall of an Empire" and covers only the first few turns of the war, through the 1942-III turn. In addition there are two scenario variants, "Operation Zipper" and "Historic Withdrawals".