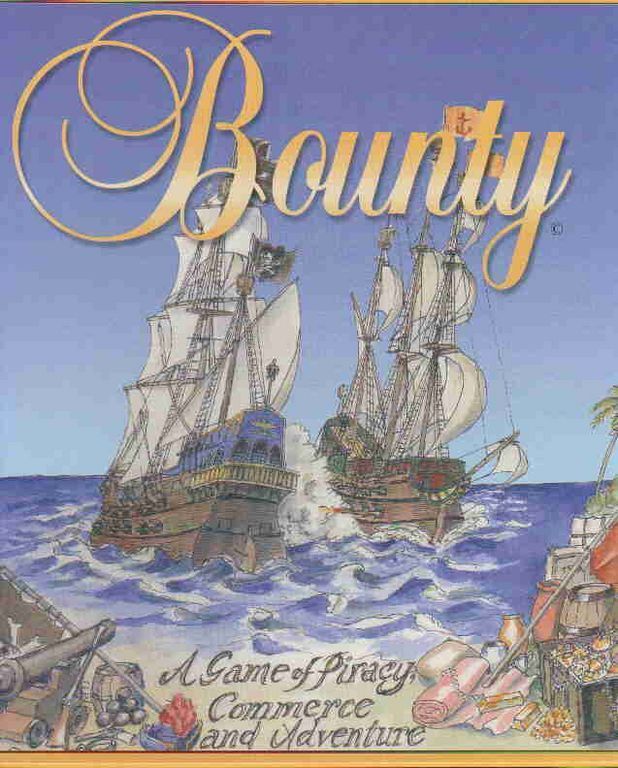 Bounty is a game for 2 - 8 players from 6 years of age and older. The goal is to make as much money - 'Dubloons' - as quickly as possible! Players start from Home Port as merchants and set out on a trading voyage. By throwing the die, they sail to exotic ports like the Pearl Coast, the Jewel Coast and the Spice Islands. When they arrive at a port they pay a trading fee and draw a card which tells them what cargo they have bought. Cargoes range from codfish and coal to precious spices, pearls and diamonds,! Players might also draw a pirate card while trading. They then have to decide whether to rob other players - or continue as honest merchants. Players could also draw a warship card - in which case any pirate who attacks them or anyone else nearby will be in for a nasty shock! The top card in each player’s pack shows whether they are merchants, pirates or warships. Since they don’t show each other their cards - no-one really knows what they are (until someone decides to turn pirate by attacking another ship). Players who are robbed can get their revenge by calling in the Navy and chasing the pirate down before he or she can reach Home Port! Things are made even more exciting by the ‘Treasure Chest’ cards which players draw every time they roll a ‘one’. They then find out whether they have landed without any wind in the doldrums, - or been blown by a hurricane to a distant port, - or have found buried treasure - or other such twists of fortune!'