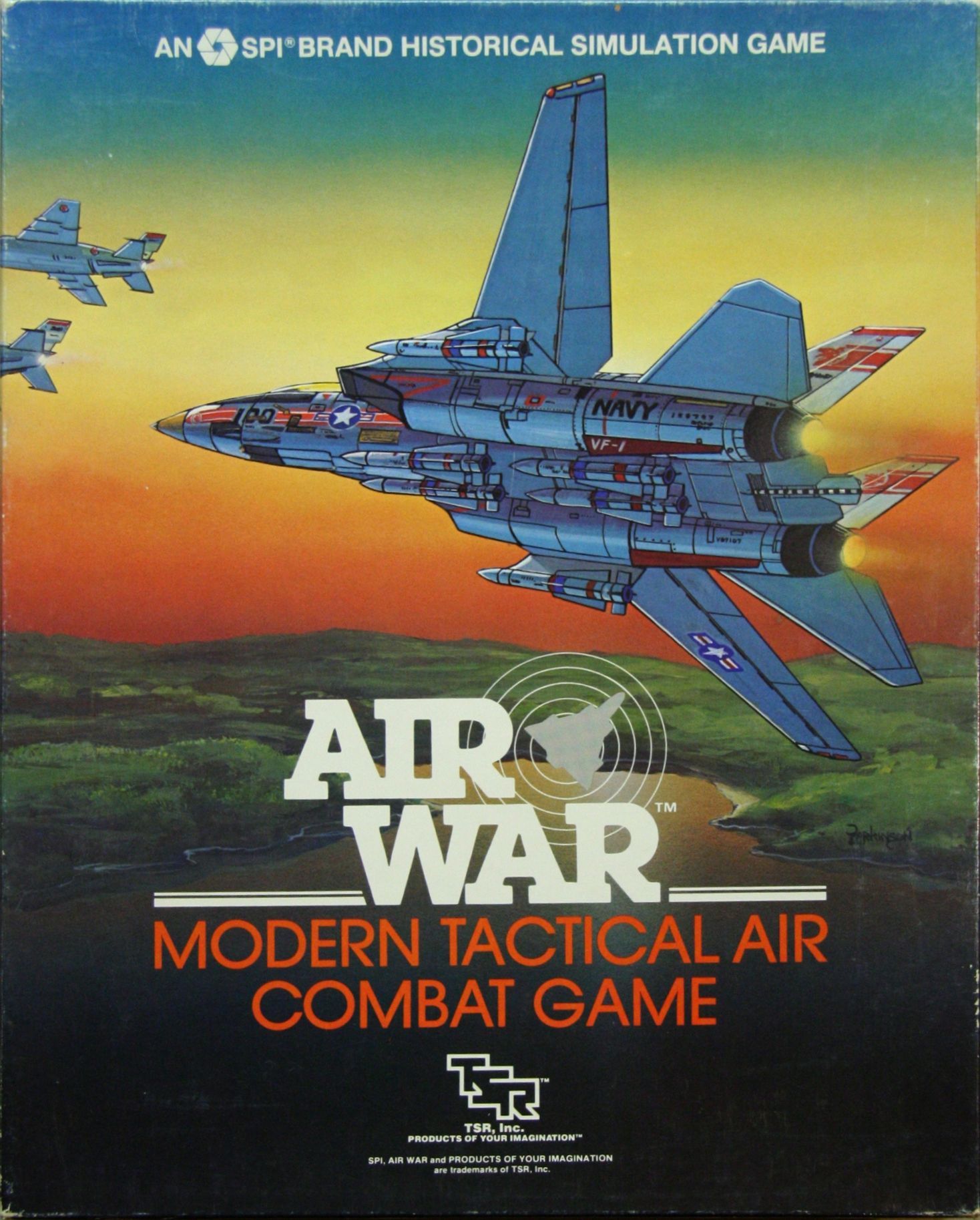 (from the box lid:) Air War: Modern Tactical Air Combat is a unique, ultra-complex simulation of almost every facet of modern aerial combat. Thirty of the most important aircraft types to emerge since 1952 - from the Soviet Union, United States, Great Britain, France, Israel and other nations - do battle in historical scenarios from the Middle East to Vietnam, from Korea to India-Pakistan, and in various hypothetical scenarios that include World War Three. The game is played on a geomorphic map across which playing pieces move through a hexagonal grid, which functions like the squares of a chessboard in regulating movement. Probability charts reveal the outcome of various game functions. Contents: 48-page rules booklet; 16-page booklet of additional rules & scenarios; 72-page chart booklet; 700 die-cut cardboard playing pieces; eight 8-1/2" x 11" soft map sections; and various play aids. Level of Complexity: Very High Average Playing Time: 2 hours Suitability for Solitaire Play: Very Low (BGG description:) At one point called the most complicated wargame ever. This modern air combat game has a scale of 1 airplane per counter, 500 feet per hex and 2.5 seconds per turn. The rule book is 48 pages long with 28 of those being rules. There is a large display for keeping track of each plane (4 per display) with a separate track for throttle, weapons, acceleration, turning at 5% increments, altitude and attitude giving each plane a true xyz position. Included is a 16 page booklet of 39 charts and tables. There are also individual sheets for each plane with info, charts and tables. There are also individual charts and tables for each type of missile. The game rightly suggests that you fly an individual plane around at first to learn how a plane operates before adding weapons. The game for all its detail is not without controversy as to realism. The energy rules and the claim that some aspects of the game are based on educated guesses because of the info on some planes being top secret, have caused this feeling of fudging. All in all one of SPI's most ambitious projects. There is also an expansion - Air War Update Kit.