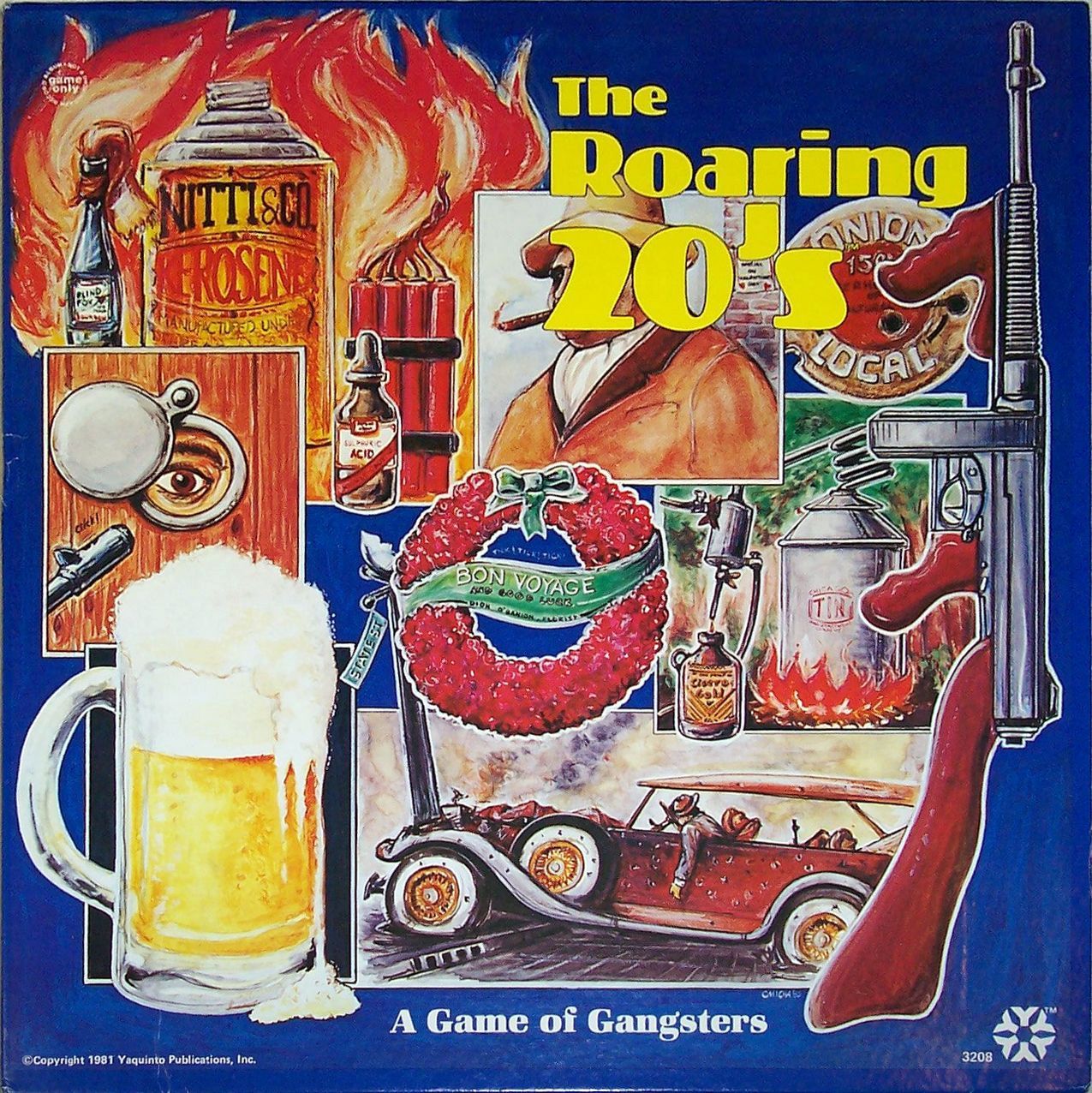 The Roaring 20's is an exciting, fast-paced game where players seek victory by accumulating the most wealth. Each mobster player receives money from his speakeasy and attempts to pull big jobs, hijack other players' loot and send out "hit men" to even up old scores. As the police commissioner, players have to stop crime as thrilling high speed chases find mobsters using second cars to run through police road blocks and "choppers" to knock police cars out of the chase. Or, the police commissioner can turn "crooked" and take bribes and make deals with the mobster players. It's all part of the fun and excitement in this game that allows you to relive that famous part of history known as the Roaring Twenties!