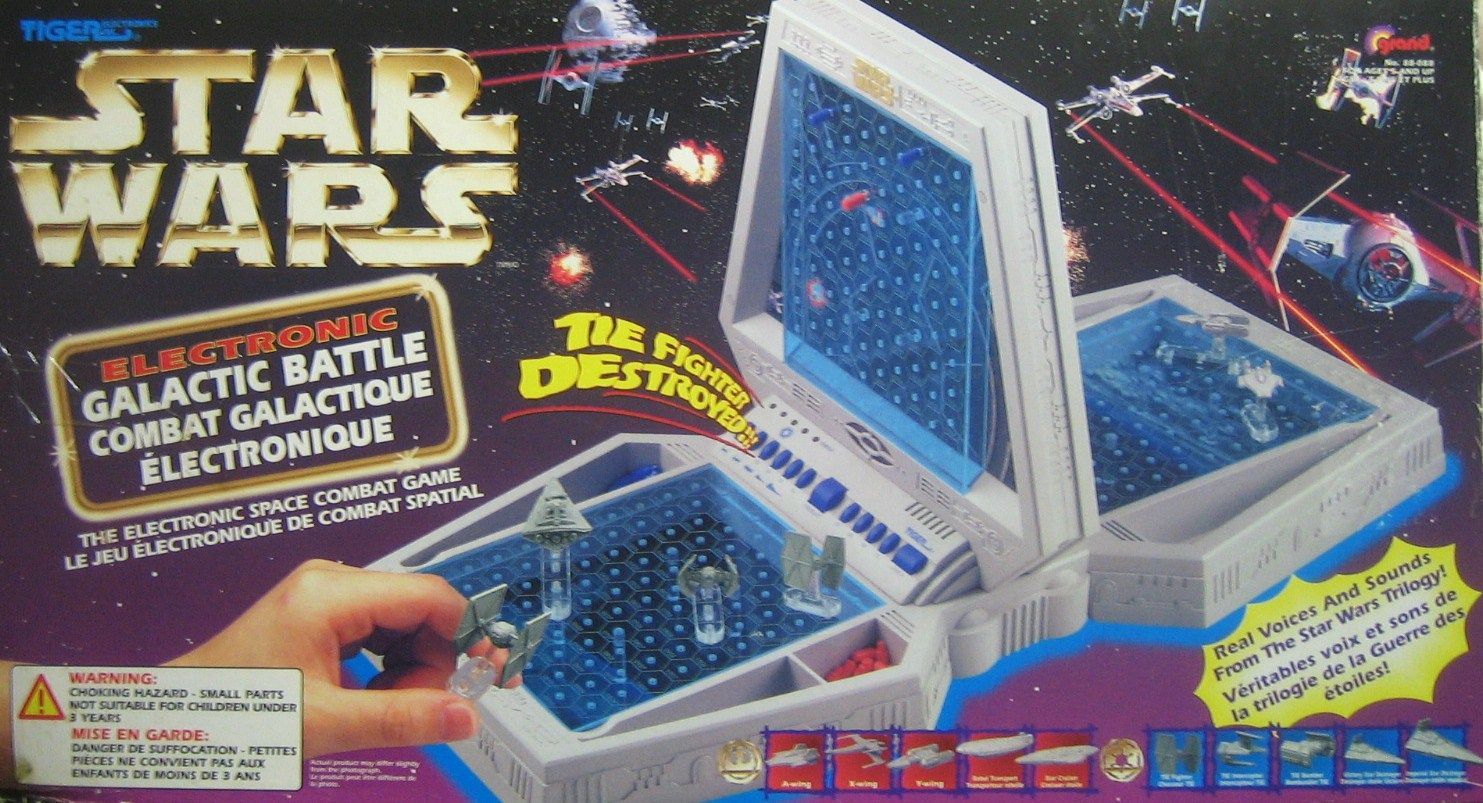 A long time ago in a galaxy far, far away..... It is a time of civil war. Brave freedom-fighters of the Rebel Alliance struggle against the tyranny of the Galactic Empire. Though they have won several small victories, the Alliance is outnumbered and outgunned by the technological might of the Empire. Gathering their forces, the Rebels launch a last, desperate attack against the imperial fleet... Welcome to Galactic Battle, the strategic space combat game of the Star Wars galaxy. As commander of either the Rebel Alliance or the Empire, an entire fleet of starships awaits your command. The fate of the galaxy is in your hands! Ages 5 and up Re-implements: Battleship