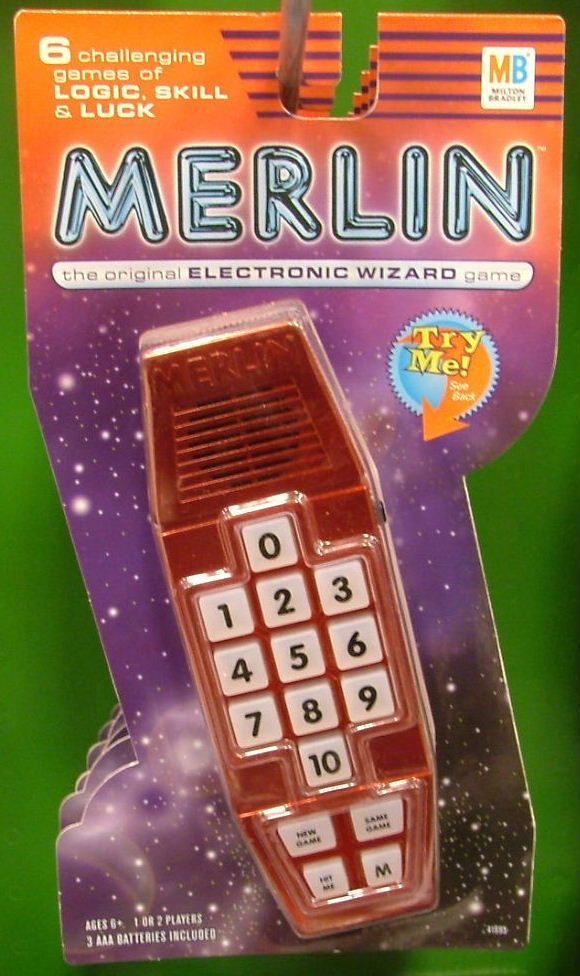 Parker Brothers' Merlin was a hand held electronic game following in the footsteps of Simon, which had been introduced a year earlier by rival game company, Milton Bradley. Many of us who were kids in the seventies will remember its distinctive red plastic, telephone-shaped appearance. Although less colorful than Simon, Merlin featured six different games, namely tic-tac-toe, music machine, echo, blackjack 13, magic square, and secret number. It was even possible to save games and select your level of difficulty on a scale of 1-9. In 1999, Merlin became available once again on the internet as a free download for your PC.