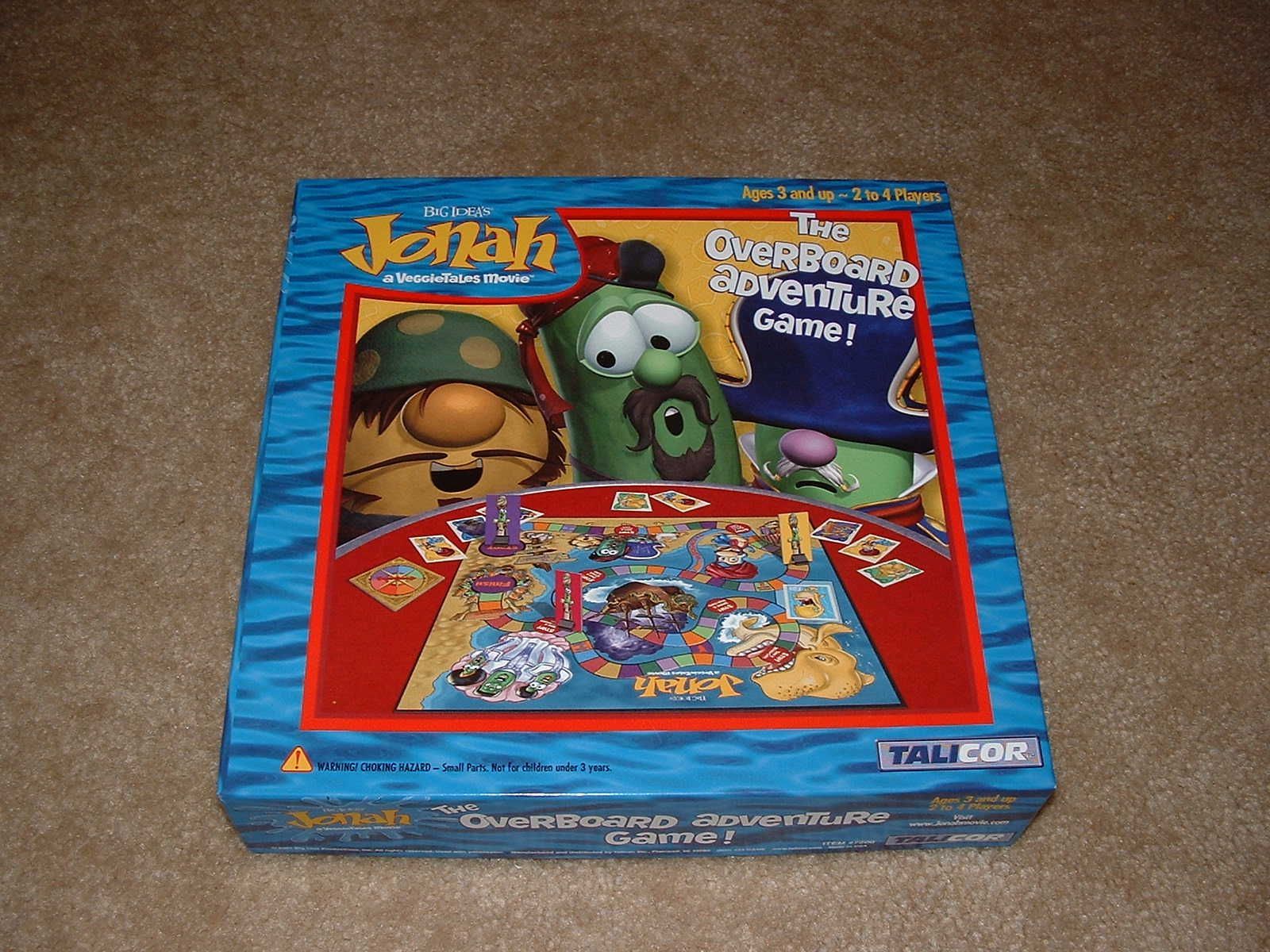 From the box: Join Jonah in his misadventures as he tries to abandon his assignment to deliver a message of mercy to the people of Nineveh. He sets sail with The Pirates Who Don't Do Anything, meets Khalil the worm, survives stormy waters, learns the true meaning of "go fish", walks the plank, gets swallowed bu an enormous "fish", and ultimately is given a second chance by being "burped up" on shore. Spin the spinner and follow Jonah's path to Nineveh while collecting reminders of Jonah's encounters. But be careful of possible setbacks along the way! Inspired by Jonah-A VeggieTales Movie(TM), children will play this hilarious fast-paced game time after time. Ages 3 and up