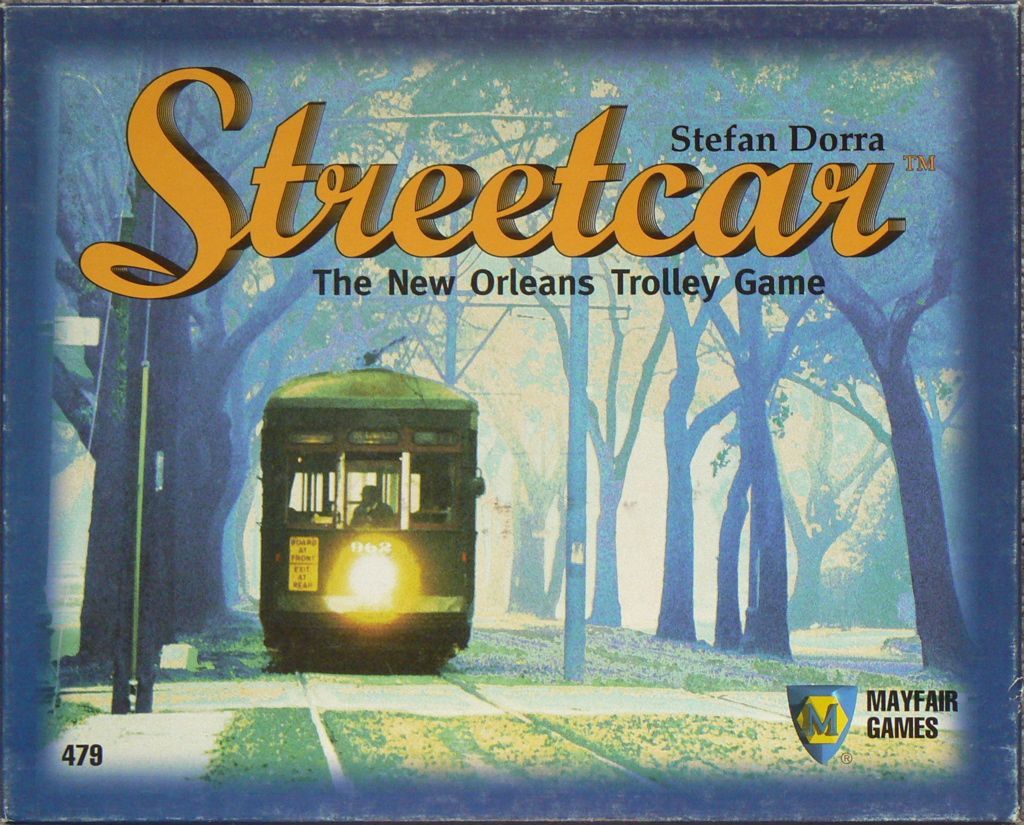 Given a a secret set of stations and trolley line, players use tiles to build a common network of track. They attempt to build a path that travels from one terminal to the other while passing the required stations. After all their connections are made, a player may begin to race their trolley through the network. The first player to race their trolley from one terminal to the other and visit all their required stations wins. The game was originally published as Linie 1 by Goldsieber. In 1996, it was published by Mayfair as Streetcar with different end-game rules and artwork. Later, it was published by Olsen in Sweden as San Francisco, again with different artwork. Some versions, e.g. the Finnish one, seem to accommodate 2-6 players.