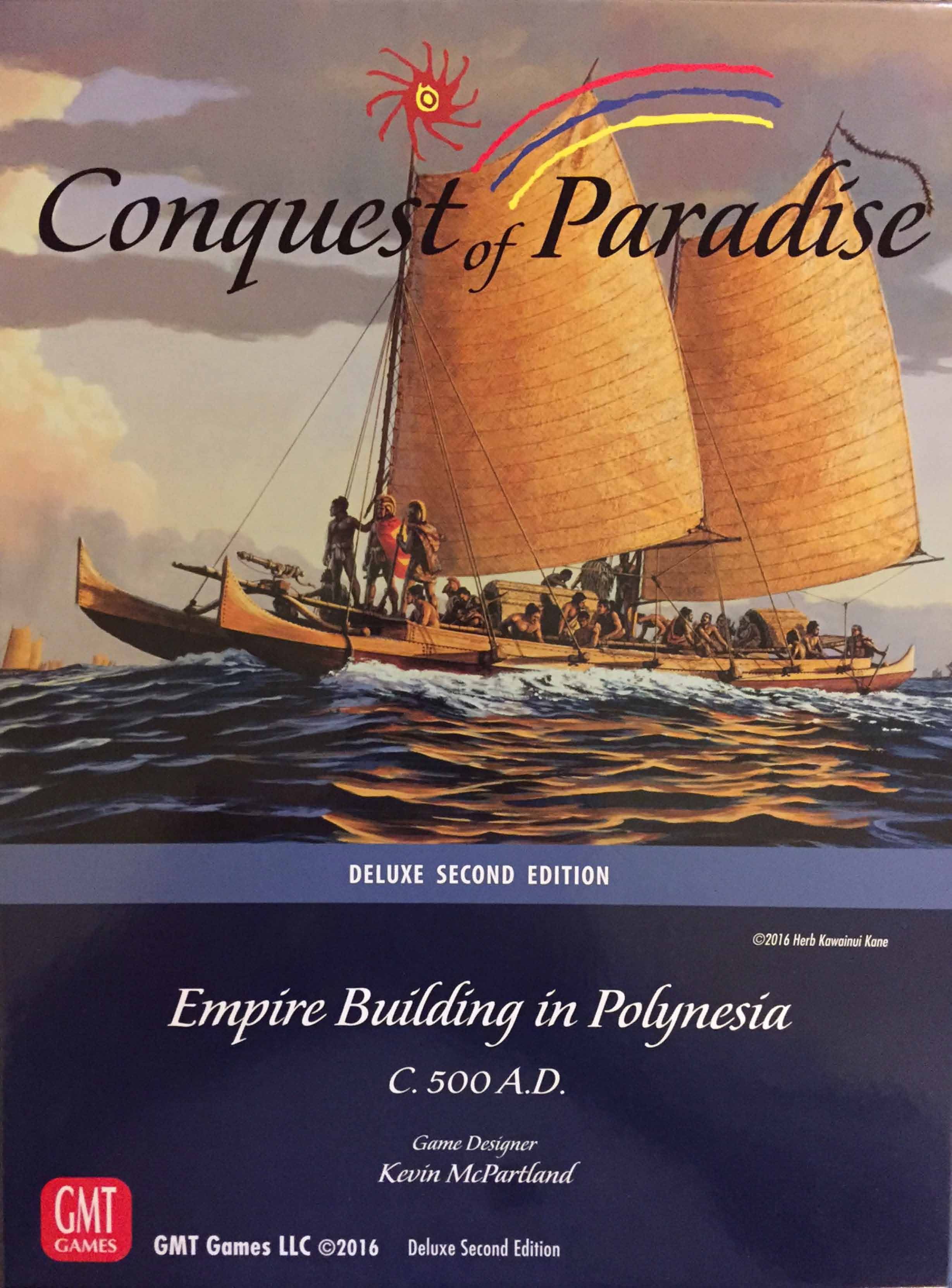 Empire Building in Polynesia, 500 A.D. From the Developer, Fred Schachter: Conquest of Paradise is a game of empire building in the "Polynesian Triangle" of the central Pacific Ocean for two, three, or four players. Players explore the unknown ocean around them, hoping to discover the most lucrative island groups, and colonize them. They build canoes and train warriors to create a force to defend their empire, while forging lines of communication with their developing discoveries. Resources are scarce; using them wisely is a key to victory. Investing in exploration widens your empire. Building warriors strengthens your empire. Investing resources into cultural innovations can yield unexpected dividends, like tattooing, hula dancing, surfing, or even the giant moai statues of Easter Island fame. Conquest of Paradise is a well-tested, fast-playing design geared to appeal to players who enjoy games like New World, Civilization, and Conquistador. You can learn the game in 10-15 minutes and finish a complete game in 60-90 minutes. Conquest of Paradise is a game of exploration and empire building, but also (as you'd expect from a GMT game) CONFLICT. Choosing when to build those expensive warriors, and when and where to fight, given limited resources, is key to your success.