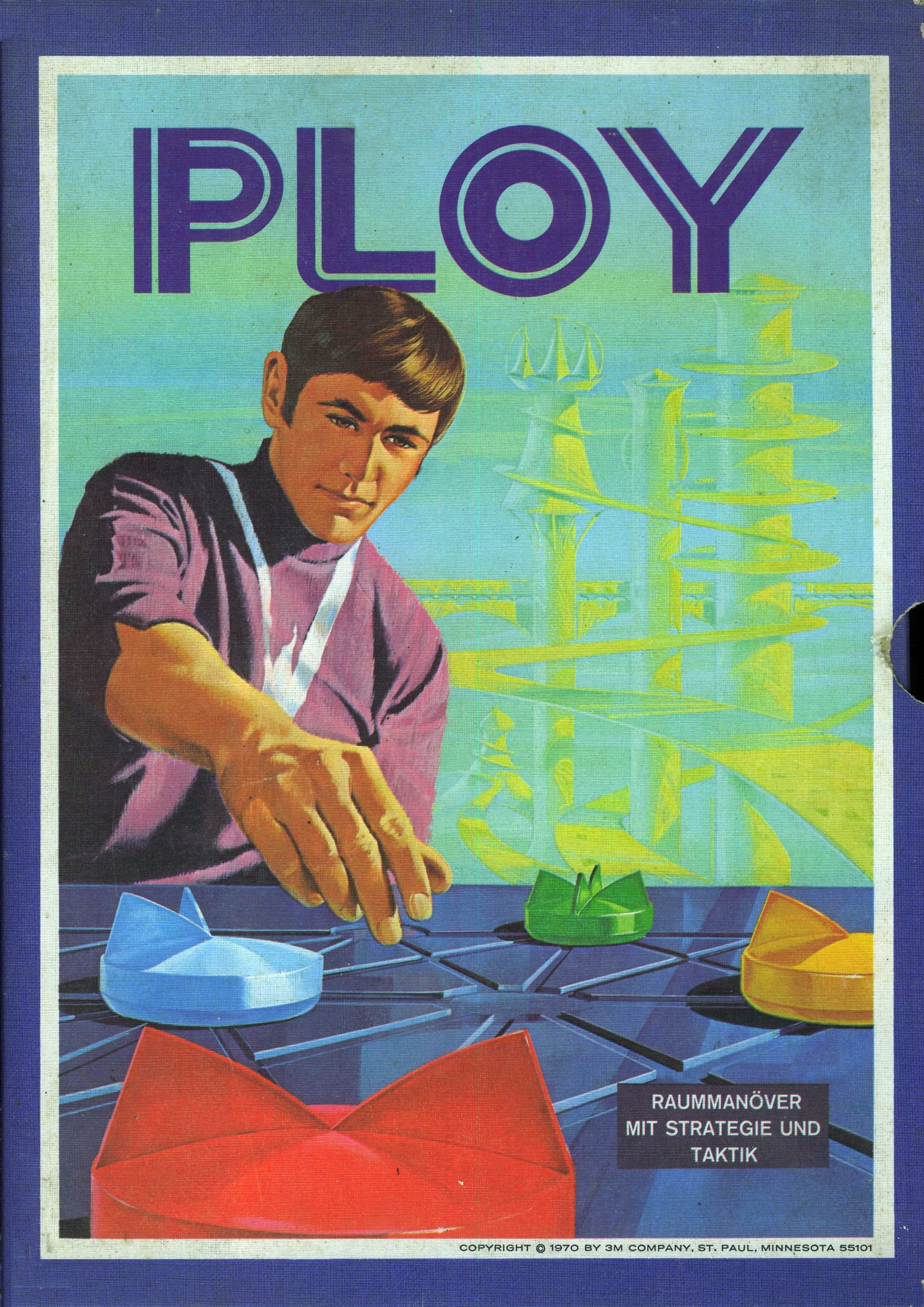 This game in the 3M Bookshelf Series has a chess-like feel. Players move different types of pieces on the board, trying to eliminate their opponents or capture the "Commander" (king). As a bonus, the box features "futuristic" art which could have only been produced in the late 1960's. The publisher's description: "Ploy is the stimulating space-age strategy game. The object--to eliminate the opponent's Commander or all of his forces. Since pieces only move along paths in line with the indicators radiating from their centers, the strategy lies in knowing when to move and when to rotate a piece to change direction. For 2 or 4 players. Bookshelf case contains four sets of spacial playing pieces, futuristic playing board and instructions."