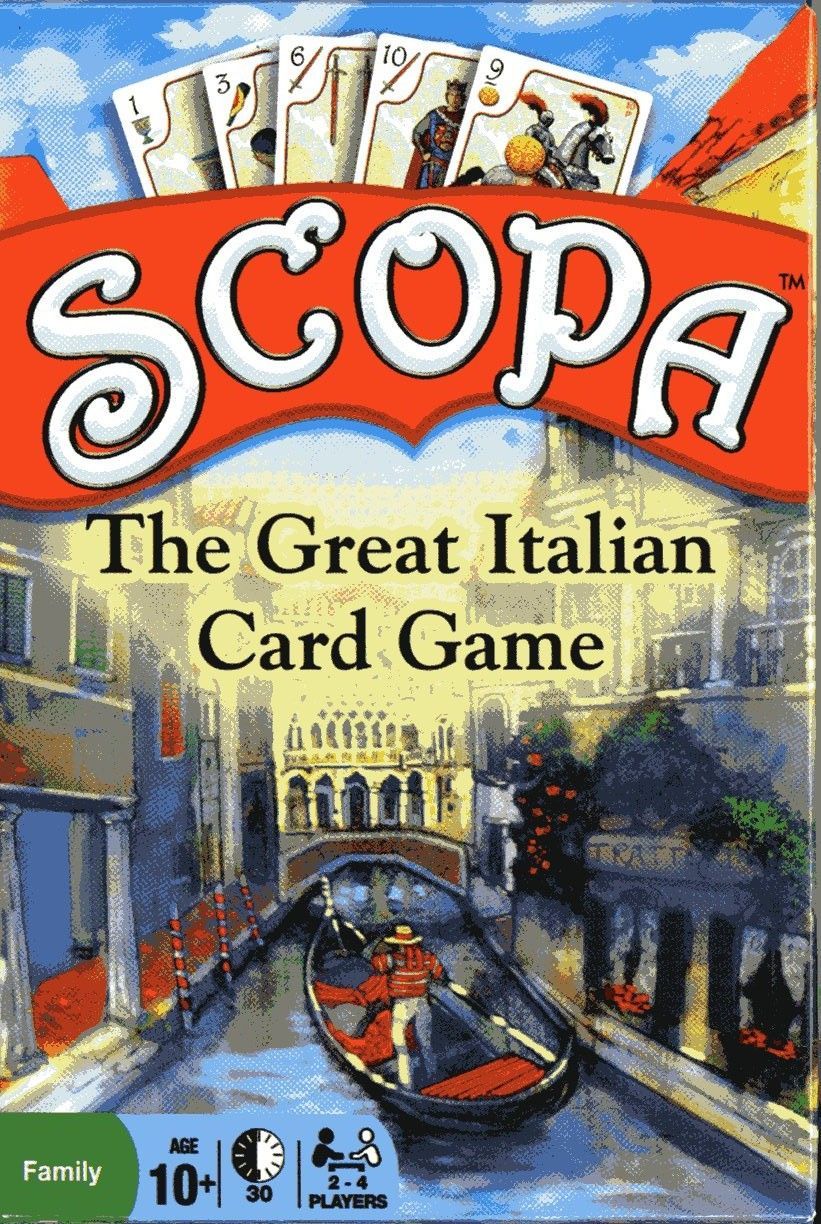 Scopa is a traditional Italian card game (actually a family of card games that includes Scopone, Scopetta, and Scopone Scientifico) played in regions of Italy for over 400 years. The game is played with a 40-card Italian deck (similar to a conventional deck minus either the 8s, 9s, and 10s or alternatively, the Js, Qs, and Ks). Four-player games are usually played in partnership; other numbers of players typically play for themselves. In the original Scopa base game, four cards are turned face up on the table, and players are dealt hands of three cards. On his or her turn, a player may capture any of the face-up cards on the table if the sum of the cards captured equals the value of the card played. If a player cannot make a capture, he or she must discard a card face-up onto the table. Cards are progressively handed out in lots of three until the deck is exhausted. When the deck is exhausted, scoring is calculated. Players earn 1 point for "sweeping" the table, that is, for clearing the table of all face-up cards; 1 point for capturing the most cards; 1 point for capturing the most cards of the coin suit; 1 point for capturing the 7 of coins (the "settebello"); and 1 point for the best "primiera," that is, the best assemblage of high-value cards from each of the four suits. The game is traditionally played until a player or team reaches a set number of points, usually 11 or 21. The name "Scopa" means "sweep" or "broom" in Italian, and refers to the action of picking up all face-up cards on the table. In some ways, Scopa can be thought of as a precursor to many popular modern game designs. The multiple competing goals and the limited hand-size make for a very modern-feeling game. Re-implemented by: Gelb gewinnt! Der Goldene Kompass: Das Kartenspiel zum Film Shokoba Templaria Punto