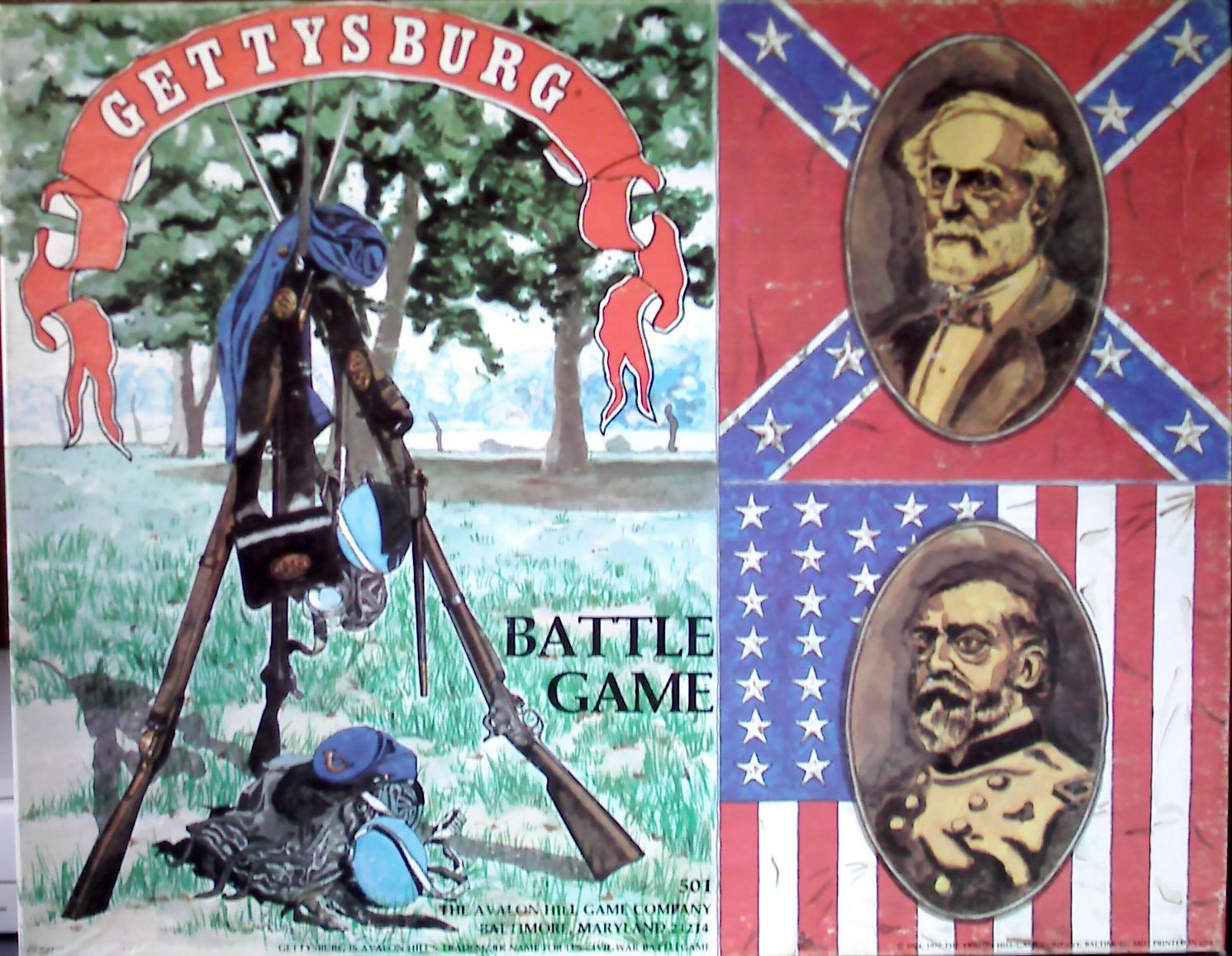 The booming of over 200 cannons fill the air as both armies prepare for the Confederate onslaught. Success will mean the probable capture of Baltimore and Washington. Failure will mean the end to the Confederate offensive. The original version of this game was the first historical wargame on the market. Revised several times in the 60s, this, the 77 version is the ultimate game on the Battle of Gettysburg. The basic game is in the 'Classic' tradition; simple, quick, and furious. Each side has about 25 counters on the board. The intermediate game is a large step up in complexity. Each player has 60 to 80 counters in play. Added game features include terrain effects, strategic movement, voluntary retreats, a more sophisticated combat system, disorganization. command control, breastworks, and artillery fire. The advanced game is the final word in Civil War strategy and tactics. Features include unit formations (column, line, battle, etc.), unit experience, more detailed command control, unit activities for each turn, unit facing, unit range of influence, expanded combat sequence, individual leaders, and the most detailed battle of order for the Battle of Gettysburg possible. Avalon Hill Complexity Ratings Basic Game - 3 Intermediate Game - 6 Advanced Game - 10