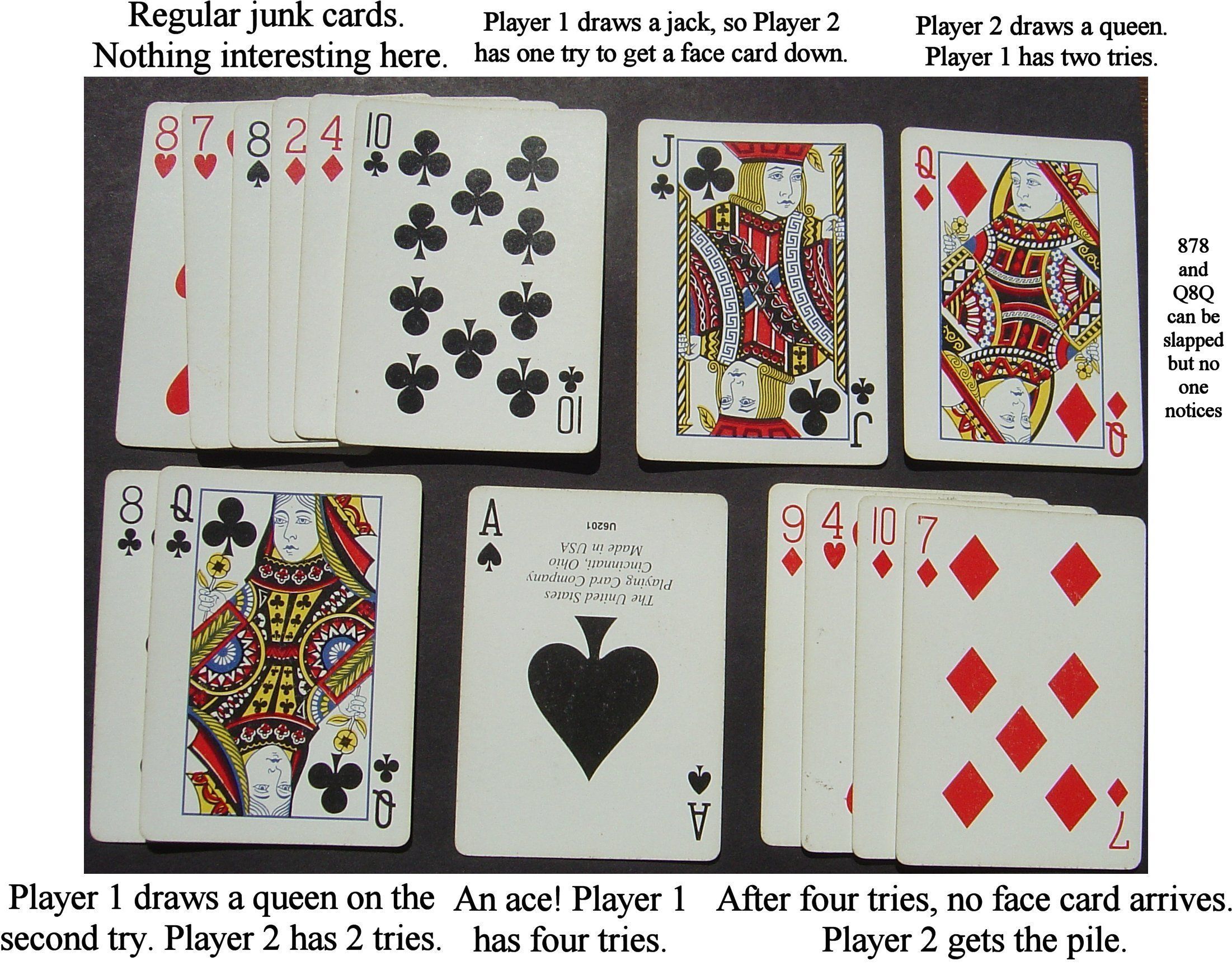 Description by Wikipedia.org "Egyptian Ratscrew, commonly abbreviated as ERS and also known as Egyptian Rhapsody, Egyptian Rattrap, Slap, Bloodystump, Nuclear Holocaust, Egyptian Rat Race, and Egyptian War, is a card game of the accumulation family, reminiscent of Slapjack and Beggar-My-Neighbour, but more complex. The game is played with a standard 52-card deck (or with multiple standard decks shuffled together with large numbers of players). Each player takes an even share of the deck as their face-down pile. Players take turns laying a single card from the top of their pile. If a face card is played, the player after the player who laid the card has a number of chances to play another face card (J=1, Q=2, K=3, A=4). If they succeed play continues as usual; If they fail, the player who played the last face card claims the entire pile. If, at any time, certain "sets" appear in the pile (usually pairs and sandwiches, but not limited to triples, runs, etc) ANY player may SLAP the pile and claim all the cards. Even a bystander may do this and jump into the game. The game ends when one player has all the cards.