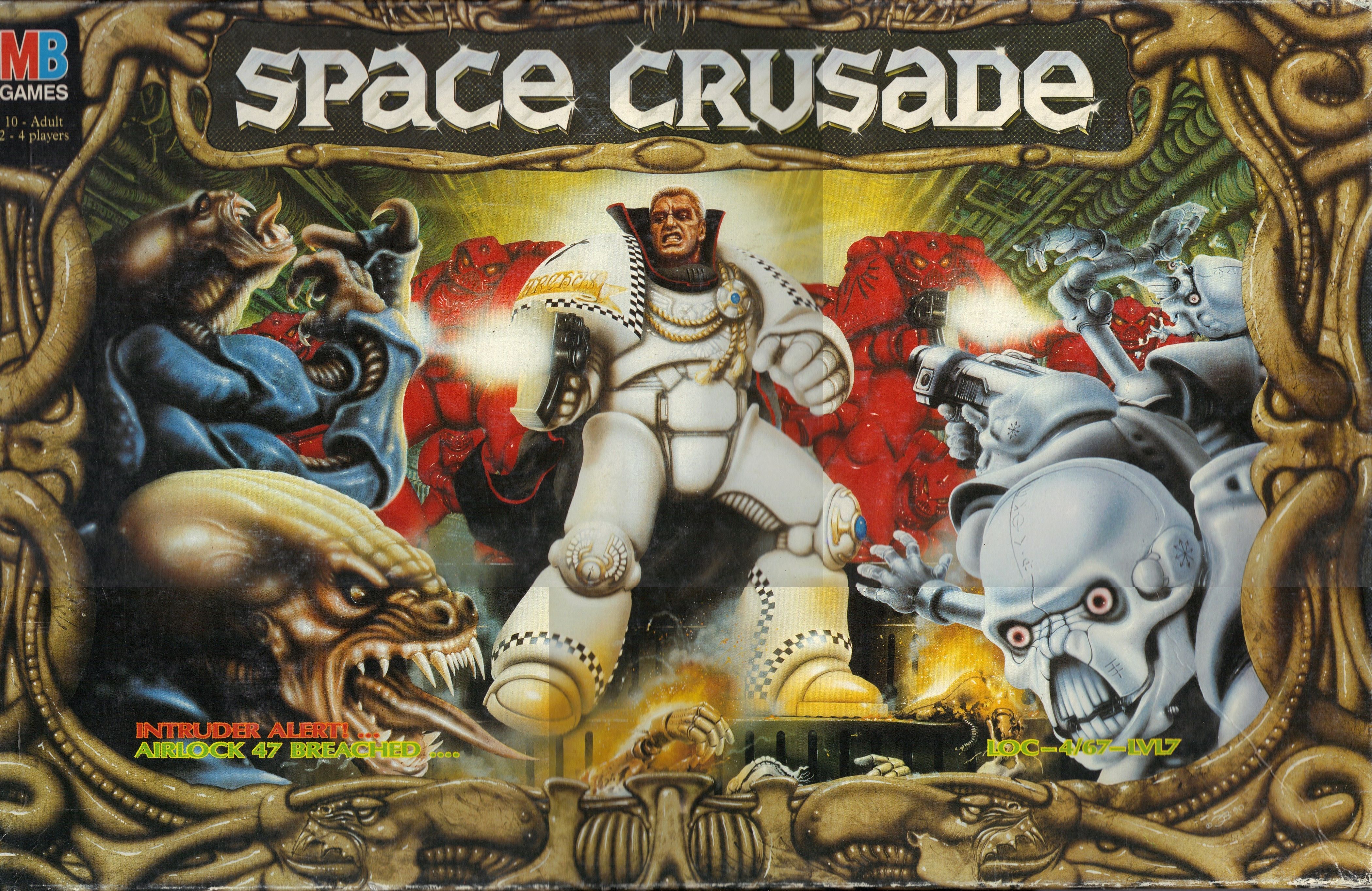 SPACE CRUSADE is a cooperative effort between Milton Bradley UK and Games Workshop. It takes the role-playing elements from Milton Bradley's HEROQUEST and merges them with Game Workshop's dark vision of the future. From the manual.... "One player must control the aliens. This player is called the ALIEN PLAYER. The other players control the three Commanders and their Space Marines. The players are called the MARINE PLAYERS. Each game is a mission. The missions are detailed in the Mission Manual. The game starts with the Alien Player reading out one of the missions. A map in the Mission Manual then shows the Alien player how to setup the game boards and Docking boards. The Mission Manual also tell the Alien player how many, and which, Blip tokens he should take, as well as which Reinforcement tokens he may use." Expansions Space Crusade: Mission Dreadnought Space Crusade: Eldar Attack