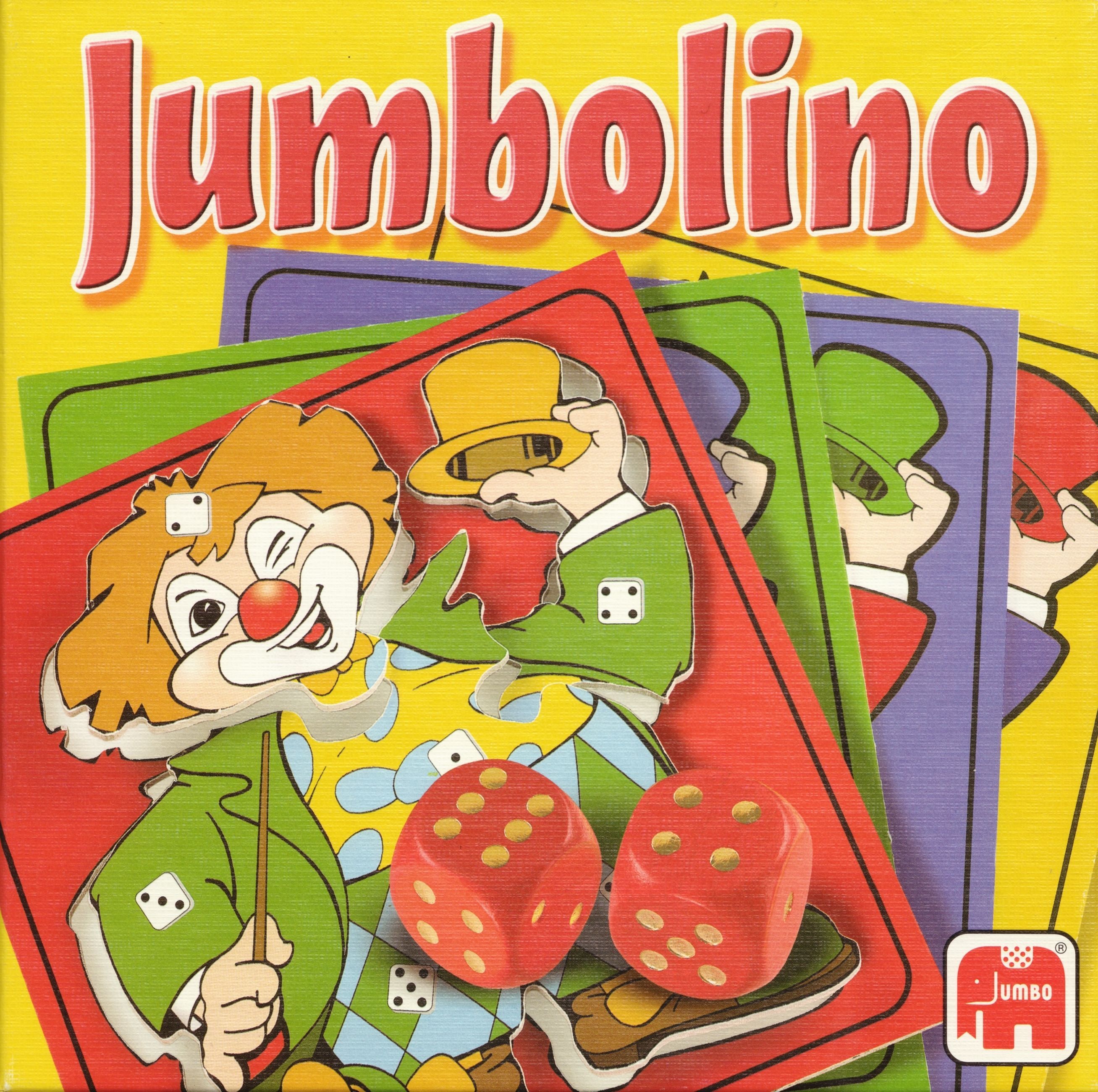 A game where you try to put together clowns in different colors consisting of six body parts. Each part has a number from 1-6 and the roll of a die decides which kind of body part you can take from the pool. The goal is then to complete as many clowns as possible. Jumbolino is representative of a whole class of children's games where players roll a die and add a puzzle piece to their board for the number on the die roll. Similar to Cootie, except that Cootie requires you to get multiples of some numbers (6 ea. of 6 for the legs, and 2 ea. of 4 and 3 for eyes and antennae). It's also similar to The Merry Game of Floundering, with some differences. In The Merry Game of Floundering: 1. The Flounders have to be assembled in order. Body part 1 first, two next and so on. 2. All the Flounders are put in the middle at the start. 3. Flounders are not owned by players, they remain in the center even if fully assembled. 4. Two dice are thrown for assembly. A player may use either number rolled to add a Flounder part. If both numbers relate to started Flounders, then both numbers can be used. 5. A double thrown grants an extra turn. 6. When a 6 and a 1 are thrown, the player may take a complete Flounder from the center and if there are none in the center that player may take a complete Flounder from another player. 7. When all the Flounders are complete and owned, the player with the most wins. If they are tied, they throw the dice to decide the winner. Similar to Safari Builders, but Safari Builders is listed as 1-4 players.