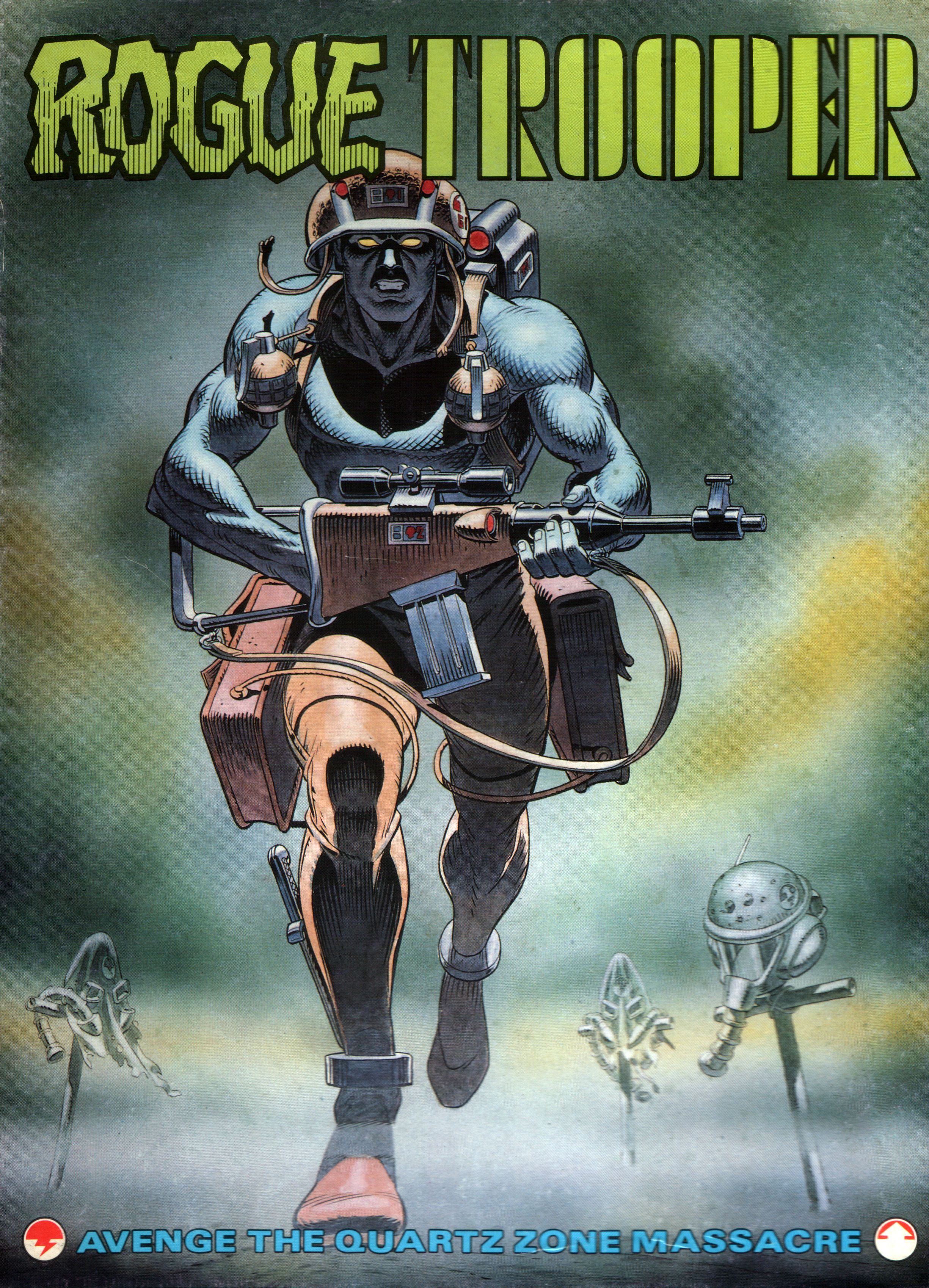 You are the Rogue Trooper, a Genetic Infantryman - one of the last survivors of the infamous Quartz Zone Massacre. Now, you and your friends search the face of Nu-Earth, a battle ravaged Hell-World, for the Traitor who destroyed the GIs. Ahead of you are hostile Nort forces and many other dangers, but also companions, equipment and much-needed information on the identity and whereabouts of the Traitor. But hurry, as once he is unmasked, there will be a deadly chase through Nu-Earth and Milli-Com until he is killed.