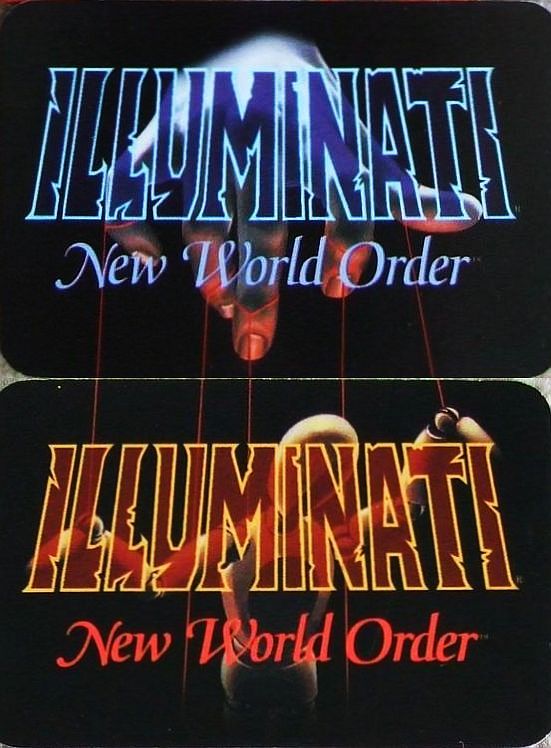 Collectable Card Game based on the popular Illuminati game. Secret conspiracies try to take over the world. Each player represents a different conspiracy (or different factions of the same conspiracy!) each of which can win either by controlling enough "groups" like the Republican Party or France or by fulfilling their own special goals. Also published as a non-collectable 'One With Everything' full-set manufacturer's edition, with its own rules on how to play with one of *every* card. A set of additional cards was published in booster packs as INWO Assassins, and later the Church of the Subgenius.