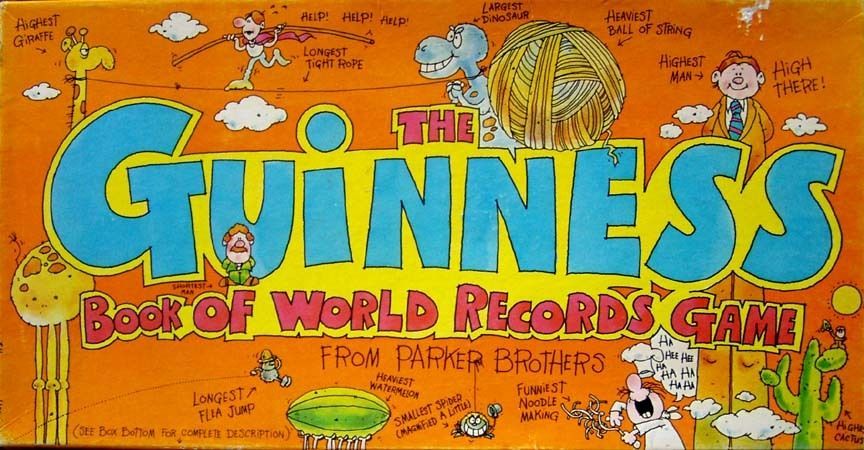 This game, based on the famous book, is different from the 1975 version. You move along the board landing on Record Spaces. Some require a simple dice roll to break; for example, on "Mostest Eating Baked Beans" you roll 3 dice (1 red and 2 white) and if the red die is the highest of the 3 dice you break the record. If, however, you land on a Longest, Shortest, or Highest Record space, you must use the "Record Maker". This is a shuffleboard device where you flick a disk down a track with numbers on it. If you set or break the record using it, the Scorekeeper writes down the number so other players will know what score to beat. When you break a record you receive the Record Card for that space - either from the Scorekeeper, or the player currently holding the card. The first player to reach the END HERE space with at least 5 Record Cards is the winner.