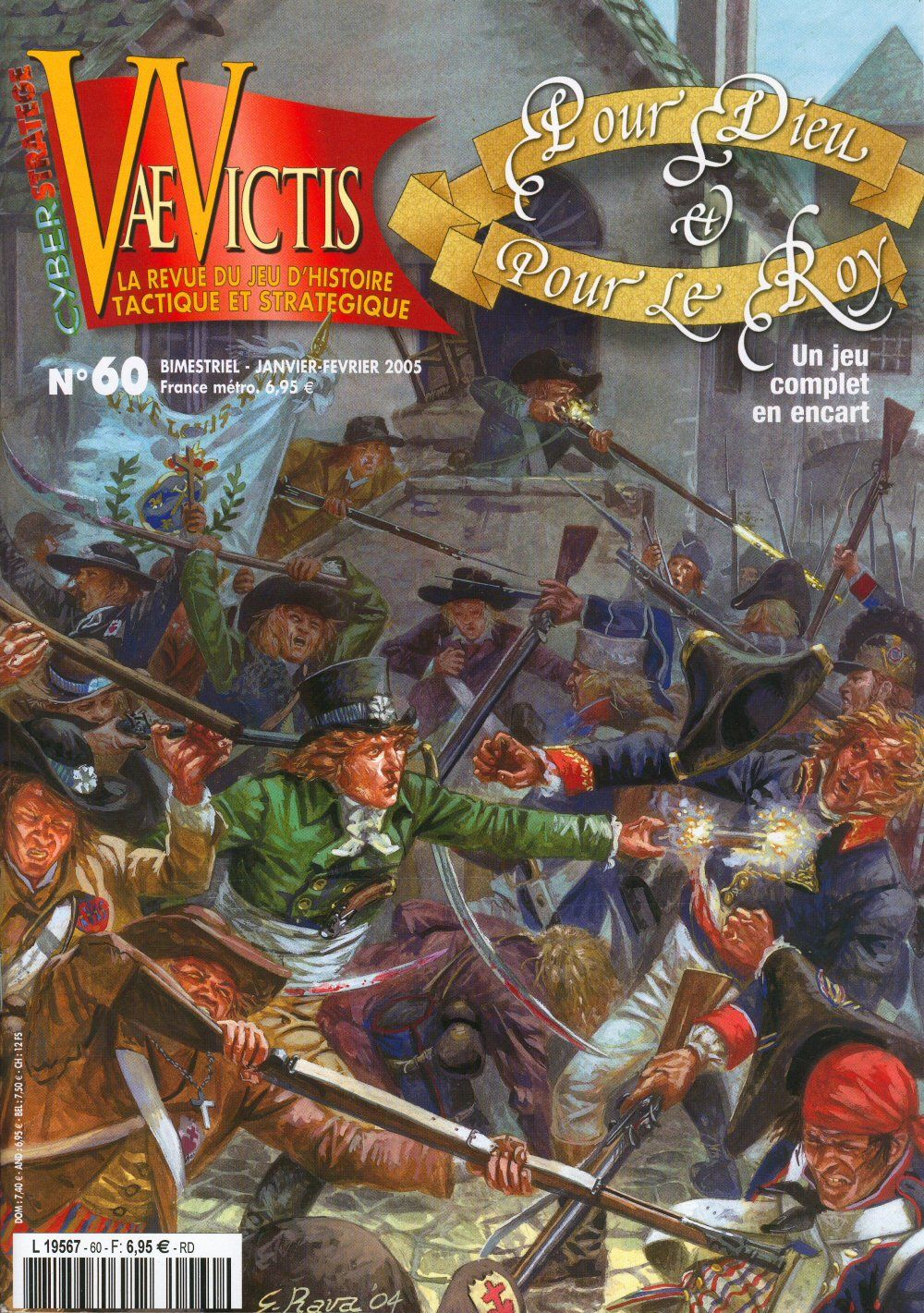 Pour Dieu et Pour le Roy (For God and the King) simulates the war in the Vendée, France 1793, a period poorly covered in games in general. A game turn is one month (March 1793 to October 1793). One point of combat represents 500 to 1500 men. The map represents the Vendée (West coast of France, under the Loire river) and is divided in areas of roughly 10 x 10 kms. One player controls the republican troops, while the other controls the revolting people of the Vendée.