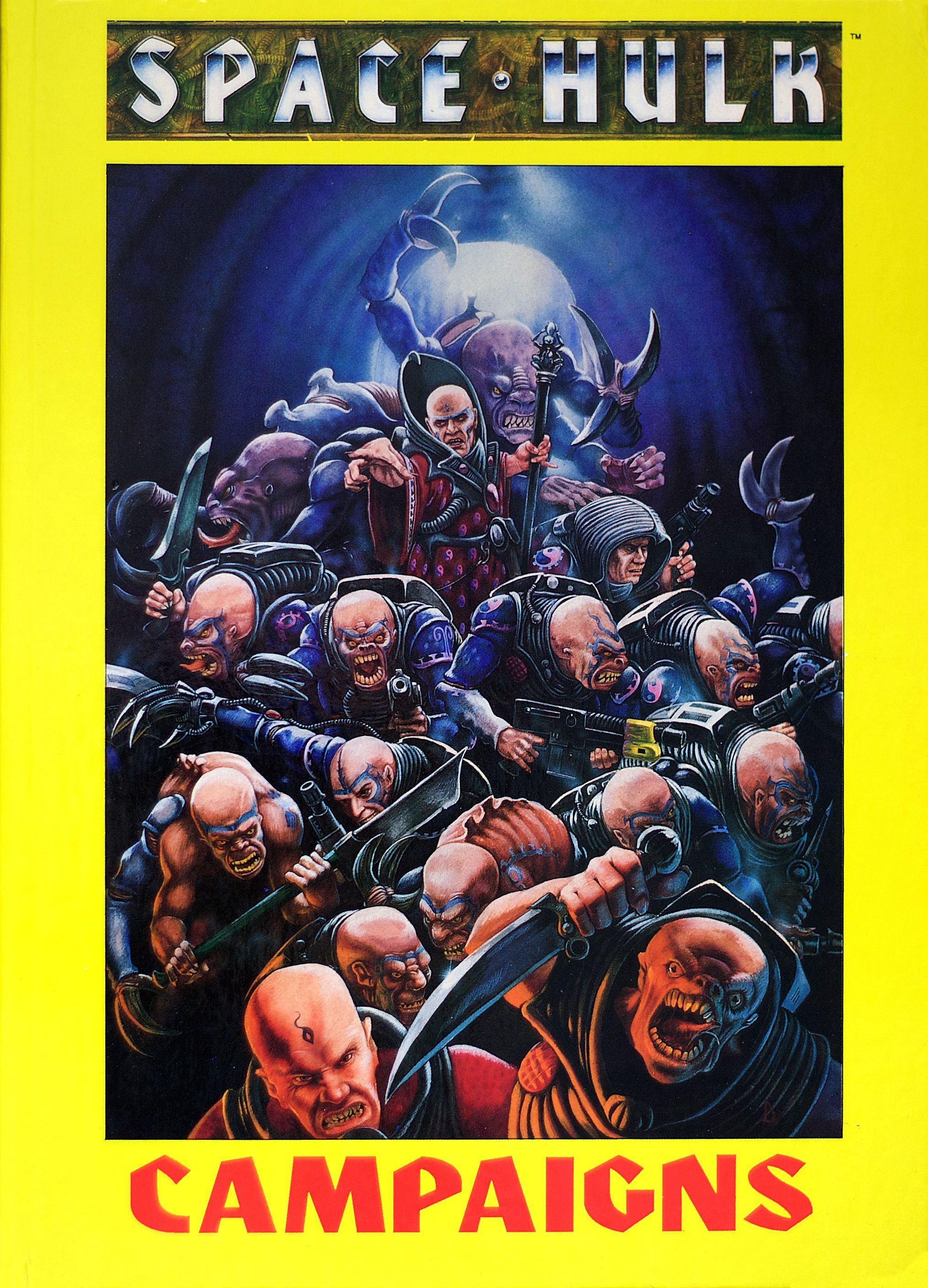 Space Hulk Campaigns is a book containing additional missions and rules that greatly expand and enhance the popular Space Hulk game system. This is not a complete game. Copies of Space Hulk and both the Space Hulk: Deathwing Expansion and Space Hulk: Genestealer Expansion expansions are required to play all of the campaigns within the book. This 85 page hard backed book includes 24 new scenarios which can be played stand-alone or as four complete campaigns. A campaign is a linked series of between four and six missions where the outcome of each mission affects the overall chance of success in the campaign. The included campaigns are: The Last Stand Four linked missions where four Space Marine squads attempt to defend an Imperial outpost from Purestrain and Hybrid infestation. Can they hold out until the relief garrison arrives? Genestealer Invasion Six linked missions. The Terminators and Librarians of Septimus V attempt to destroy a Genestealer patriarch deep inside the body of a crashed Space Hulk. Necromunda A clever set of six linked missions split into two waves. The Marine player gets to choose squads of Marines and Librarians from “army lists” and must first contain the Purestrain and Hybrids, then discover and exploit their weakness for total victory. Sentinel V Four linked missions split across two levels where six squads of Terminators attempt to locate and destroy a Patriarch guarded by Purestrain and Hybrid Genestealers The book also includes a host of new rules including Space Marines in power armor (ie “normal” non-Terminator Games Workshop Space Marines,) rules for crack, frag, plasma, blind and melta grenades and rules for Traitor Terminators. Games Workshop figures for Space Marines in power armor and Traitor Terminators are required to play the expanded rules for these units. Expands: Space Hulk Space Hulk: Deathwing Expansion Space Hulk: Genestealer Expansion