The Game of CHIPS - Universal Statistics 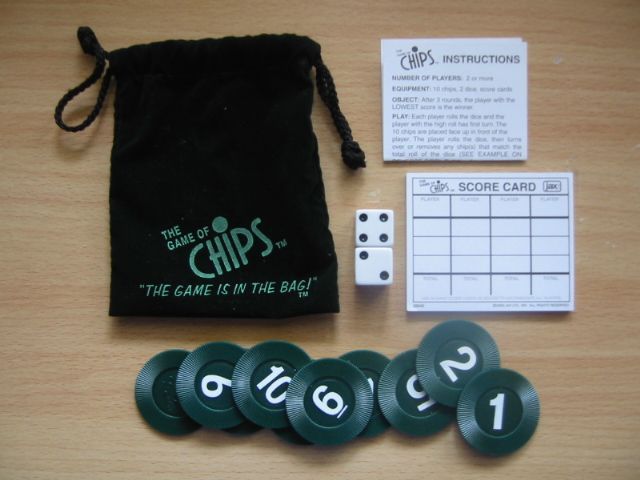 The Game of Chips is a simple dice game from the makers of the Sequence. Components include a cloth bag for storage, poker chips numbered 1-10, a pair of dice, an instruction card, and one pad of preprinted score sheets. Play consists of three rounds of dice rolling and in which the ten numbered chips are placed in front of a player. The player then rolls the dice and removes any chip or combination if chips from play that equal the total on the dice. Repeat until no further chips can be removed. That player scores the total of the number of chips that have not been removed. Lowest score wins. This game is very similar to Shut the Box, with the following differences: - Any number of chips totaling the sum of the dice may be removed, not just one or two - The game is played to three rounds rather than to 45 points.