The Devil's Cauldron: The Battles for Arnhem and Nijmegen - Universal Statistics 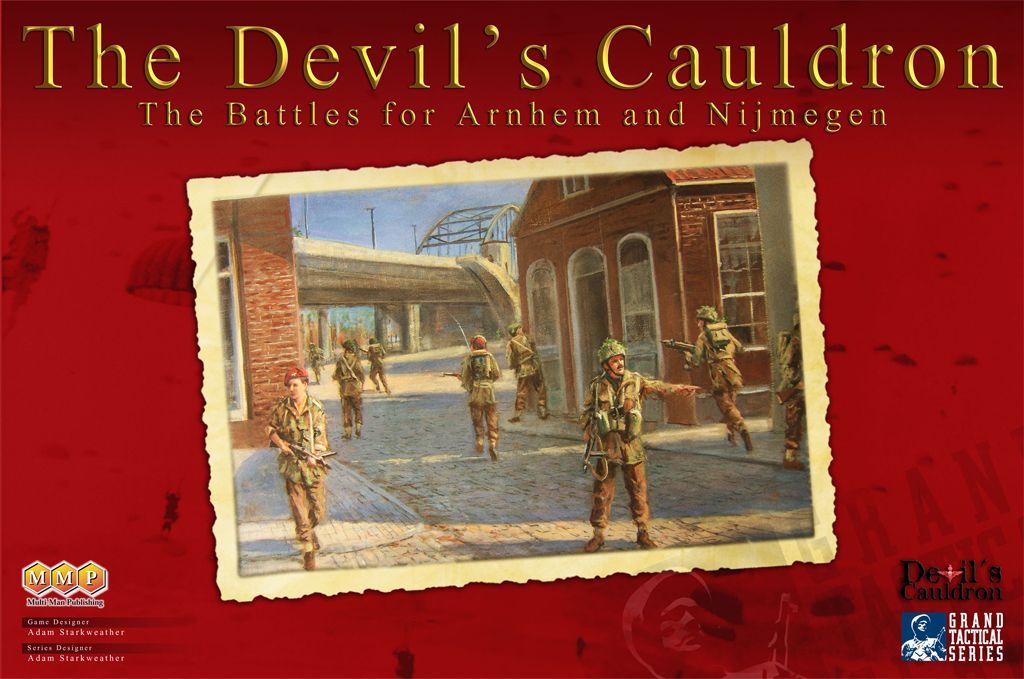 Devil's Cauldron is a company level simulation of the Northern two drop zones in Operation Market Garden. It is loosely based on an old Victory Games game called Panzer Command. Command and control is emphasized in this system and the game includes extensive documentation and historical background. Components include 4 linking maps (for the grand campaign) and three smaller gamettes (on Arnhem, the Island and Groesbeek Heights - each with its own rules and map). 1600 counters (of which roughly 700 are actual combat units) and attendant documentation. Play time for the various games range from one hour all the way up to 50 or so for the grand campaign. Contents: •4 23.5"x35.5" map-sheets 3 of which are back-printed w/scenario maps •3 9"x12" map extensions (adding useful areas which were "just off" the area covered by the 4 map-sheets) •11 sheets of 5/8" die-cut full-color counters •1 counter-sheet of 1" die-cut full-color counters •Series Rulebooks (1 detailed; 1 "quick start") •TDC exclusive rulebook •Historical booklet •8 full-color divisional displays •2 CRT/TEC Charts and Tables •1 Game Turn Chart •4 10-sided dice