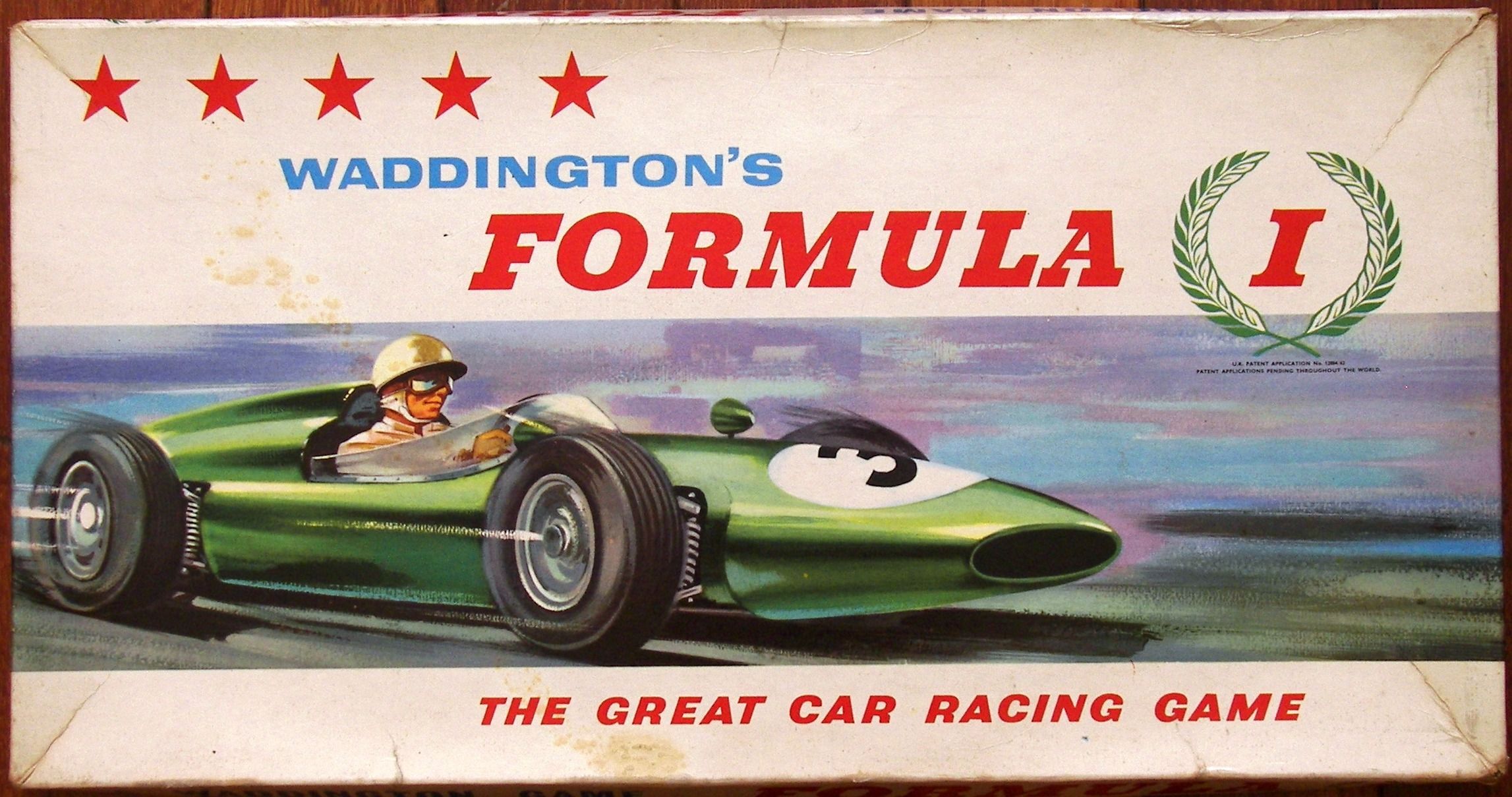 A simple racing game where speed and movement is decided by the driver and not the dice. Only when exceeding safety speeds on the bends are dice used to decide the penalty incurred. The players use "dashboards", cardboard cutouts resembling dashboards, complete with a speedometer and tire and brake wear gauges. Maximum acceleration is fixed, tire and brake wear may happen as a result of cornering too quickly—then there are the dreaded spinouts. A few tight spots exist, so blocking is also an effective tactic. Tactic cards (you get 5 for the entire race) put a few aces up your sleeve. They can give you an extra burst of speed or of cornering ability. Pit stops will get you fresh brakes and tires but you must reach them by exact count—otherwise you're forced into another lap. Also, pit cards throw a monkeywrench in—usually you'll lose a turn, but now and then you'll get extra fast service, a burst of speed in coming out of the pit, or special brakes good for one extra corner. The race runs for up to 10 laps; the player furthest past the finish line when all players have had the same number of turns wins. The game's simplicity makes it accessible to younger players, whilst it remains enjoyable by adults.