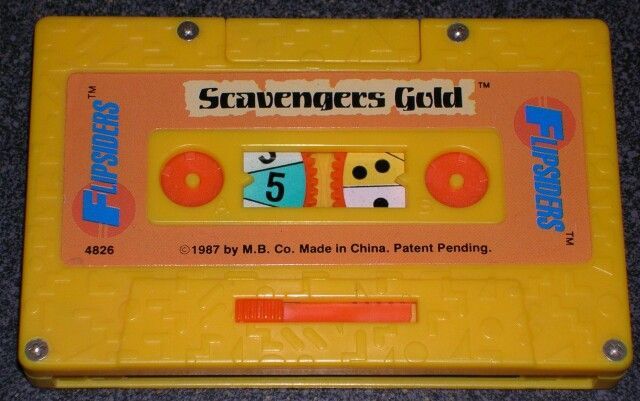 Scavengers Gold is one of the Milton Bradley "Flipsiders" games that resembles an audio cassette until you "flip" the game open. One player controls a scavenger ship trying to loot sunken gold, while the other player controls a naval ship trying to sink the scavenger. Using a spinner, the scavenger player moves across the board trying to land on gold dot spaces (where a different spinner is used to see whether a gold coin is found). The naval player tries to line up next to the scavenger and fire upon it (where the second spinner is used to determine hits). The scavenger player wins by collecting 7 gold coins without getting sunk. The naval player wins by scoring 7 hits on the scavenger ship and sinking it.