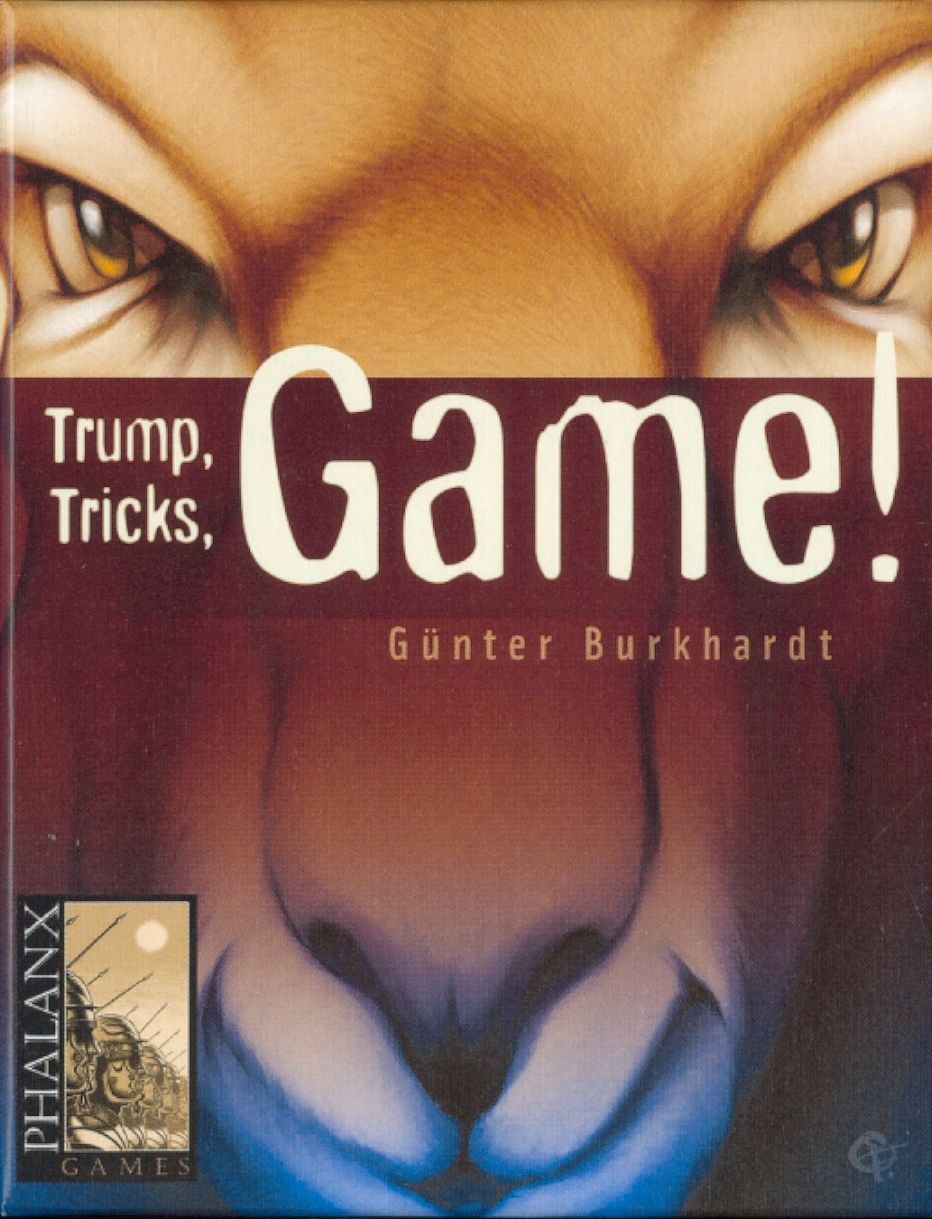 From the publisher, Phalanx Games: A long time ago hunters followed the footprints of animals to finally catch them. In the game, the players take tricks to get bear, wolf, wild boar and muflon cards. In the first three game turns the number of tricks is predetermined whereas in the fourth and last turn each player tries to get as many tricks as possible. In addition to the basic game there are two optional rules for experienced players! Trump, Tricks and Game! contains 52 cards (animal cards and trump cards) and 1 rules booklet.