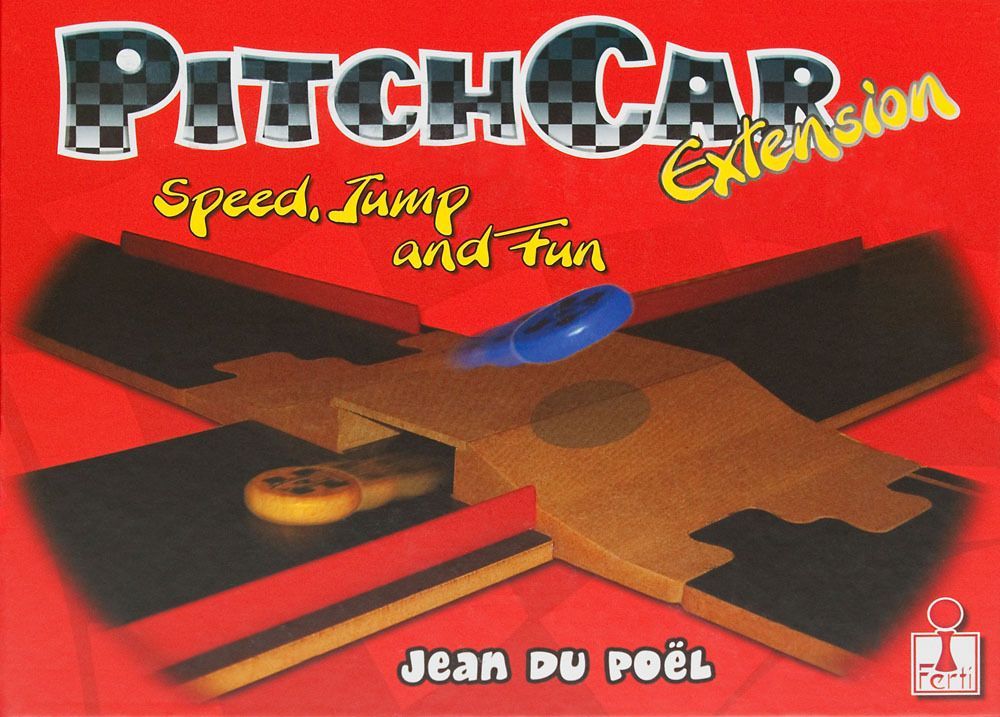 Carabande Action Set and PitchCar Extension are two remarkably similar products, but each is only compatible with its base-game, and they have differing content. Carabande Action Set This expansion is only compatible with Carabande (but not PitchCar). Contains: One hourglass-shaped chicane straightaway One y-shaped chicane straightaway Two 90-degree curves One jump Expands: Carabande (but not PitchCar) PitchCar L'extension & PitchCar Extension The differences between these two products are their box and content. L'extension comes in a plain brown box with a sticker, and Extension comes in a glossy red box like the PitchCar base set. Neither of these is compatible with Carabande. Contains: Two straight pieces for crossroads Four "tight" curves (with two sets of railings) One "bottlenecking" curved rail straightaway Two small jumps, with bridge and track piece to use as jumping-crossroad. * * The original brown-box L'extension did not include the jumps but did include a second "bottlenecking" straightaway. Expands PitchCar (but not Carabande) Buy Microbadge