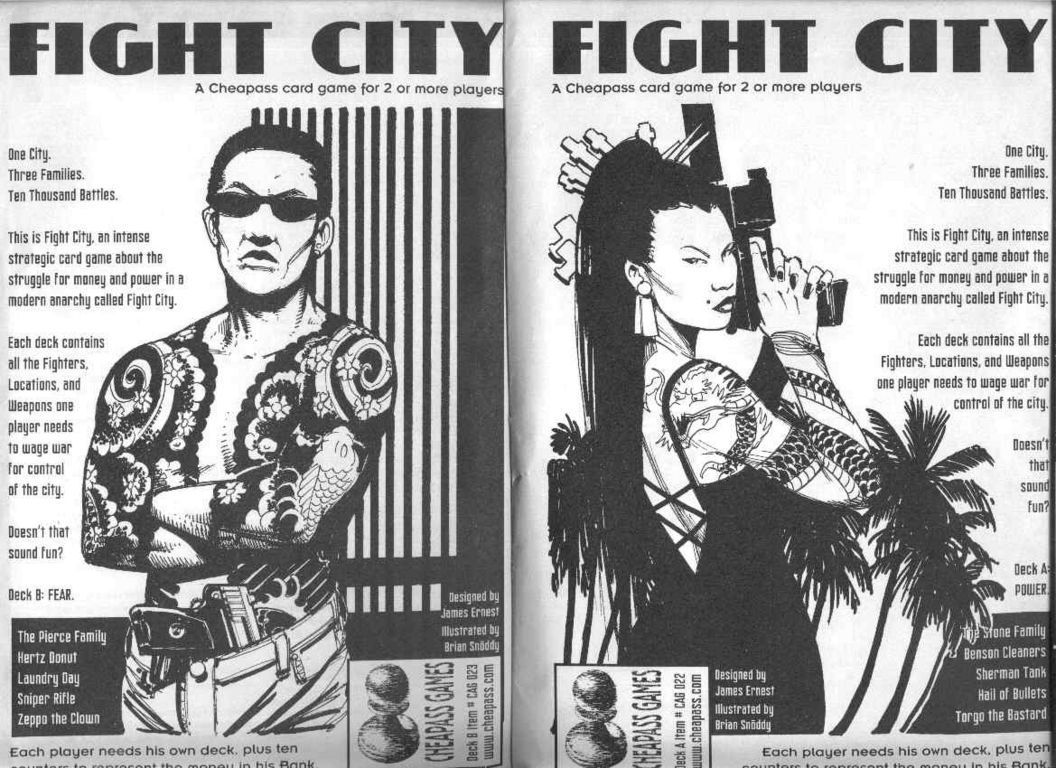 Fight City is a strategy card game in which each player needs his own deck. Each player's deck is composed of 50-60 cards, like Locations, Fighters, Weapons and Events. Players take turns bringing cards into play and using their cards to fight. The object of the game is to run your opponent out of money. Versions Original cardstock Deluxe boxed (both A and B decks) Deck A: Power Deck B: Fear Awards 1999 Origins Award Nominee: Best Traditional Card Game