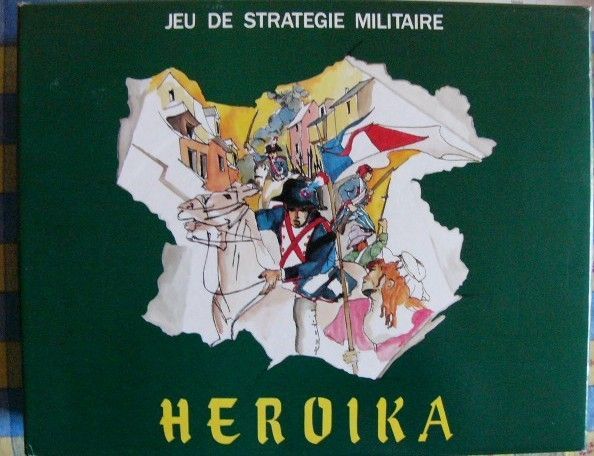 Heroika is a game system for Napoleonic battles, with a modular board, and designed to support miniatures. It is provided with many hexes, some cardboard figures, a scenario list with 4 battles from Napoleon's campaigns, and a rulebook with 3 level of rules. The game focuses on unit formations, general movement, and unit elimination through the removal of figures in the unit. There are also a few bonus cards to increase a few attacks or movements during the game. The game includes: - The rulebook - 4 scenarios: Valmy, Jemmapes, Fleurus, Arcole - More than 100 hexagons - 106 Soldier figures - 72 cards for weather, bonuses, fortifications and bridges - 1 8-sided die