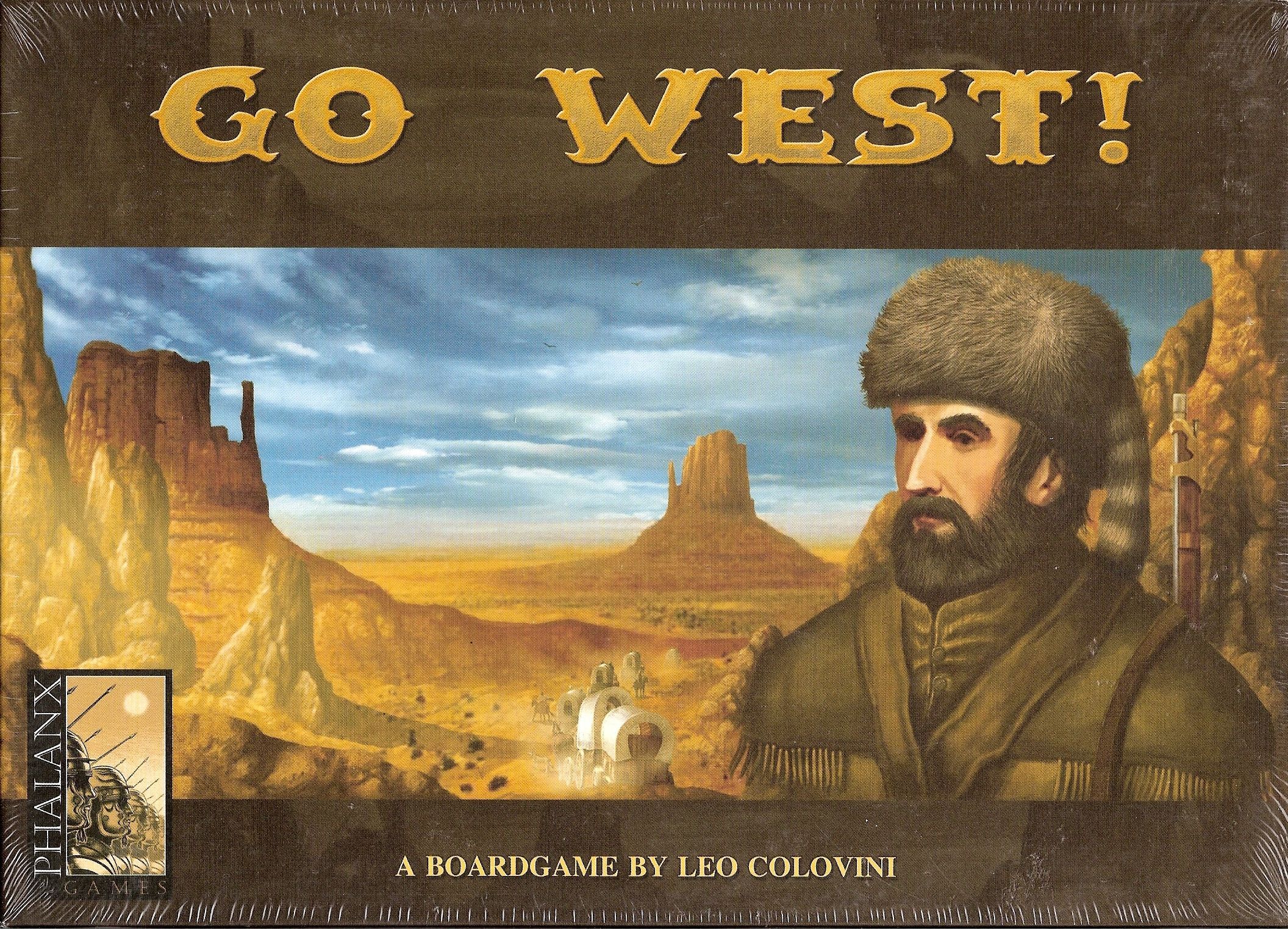 Here's a description of the game from Phalanx Games: In the late 18th century, the fast growing population of the emerging United States of America showed an increasing interest in the Wild West. Millions of poor immigrants were arriving from Europe, and the population of cities on the East Coast swelled enormously. Endless plains and huge mountain ranges – thinly populated by Native Americans and rich in game, farmland and minerals - started luring large numbers of them. Settlers traveled in wagon trains, and established themselves ever further west until they finally reached California and the Pacific coast. The players represent shrewd businessmen who benefit from passing wagon trains, continuously moving westward across the North American continent. It is divided into huge vertical tracts of land: New England, the East Coast, the Great Plains, the Midwest, the West and finally, California.