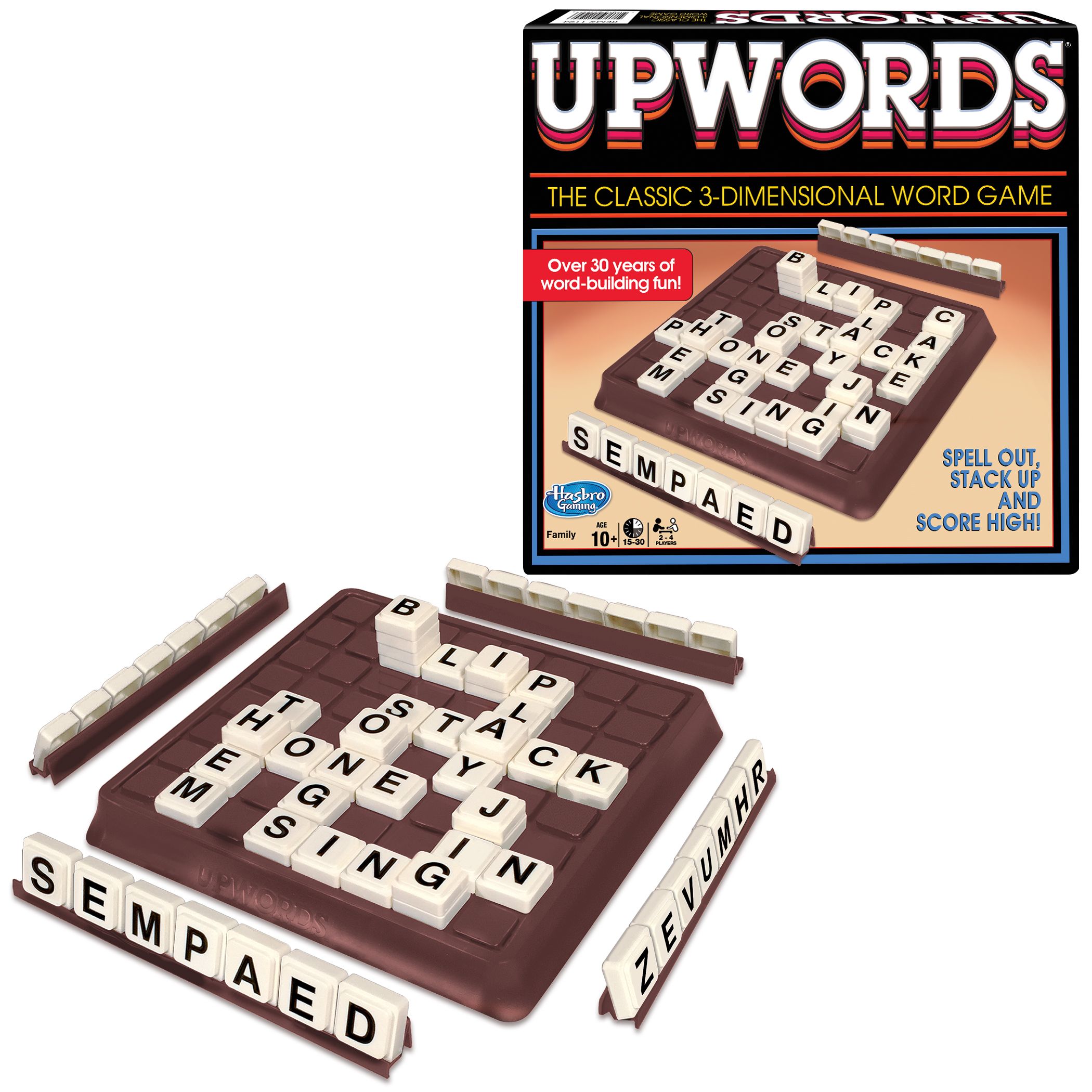 Players take turns forming words on either an 8x8 (original and Winning Moves "new classic" versions) or a 10x10 (most later versions) grid. Words may be formed horizontally or vertically, as in Scrabble, but, as the title suggests, the letters may also be stacked. This allows already played words to change into different words by stacking new letters (up to a limit of 5 high). For example, LATE could be changed to CATER and then to BELATED. Instead of having different values for each letter, when a new word is formed, the number of tiles used in that word is counted. If the whole word is one tile high (no stacking), then the word scores 2 points per tile. However, if there are any stacked tiles, you score one point per tile in the word, including those underneath. This results in scoring that increases as the game continues, even for simpler words.