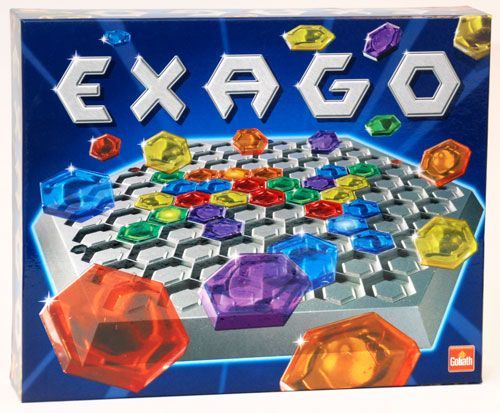 The game is played on a hexagonal board. Each player is given six hexagonal tiles of one color (twelve, in a two-player game). In turn, players put one of their tiles on the board, with the goal of getting four-in-a-row, in a straight line. Each new tile must be placed adjacent to another one (not necessarily of their own color). When a player has no more tiles, they can move a tile of their own color to another position. If a group of tiles is isolated due to moving a tile, all isolated tiles (of the smallest group) return to their respective owners, to be used again. The first to have four pieces in a straight line wins the game. (In this game, a player MUST block the player to their left if that player is in a position to win - even if more than one player is able to win on their next turn.)