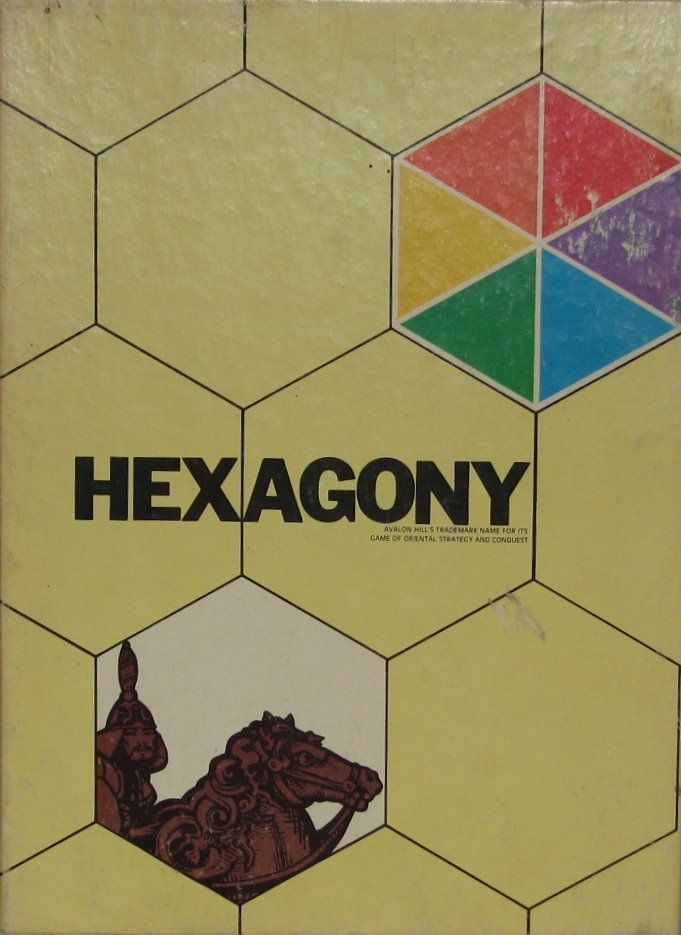 This game was originally published by the designer as Bin'Fa under the company name Taoist Arts, Inc. It was released a few years later as Hexagony by Avalon Hill, and then again as Bin'Fa by the designer under the company name Kenterprises. The Avalon Hill version has slightly different rules. Alan Moon is credited with development of this version. Bin'Fa will be re-released February 2015 after undergoing numerous alterations and rule changes from its previous incarnations. Bin'Fa/2015 Edition is described by the Publisher/Designer: Bin’Fa is a game of strategy for 2 to 6 players, each of whom controls an army of twelve units, a general and a supply pawn. In multiple army games, each player controls either two or three armies. The object of the game is to capture the opposing army units by surrounding them, thereby removing them from play. The game board is divided into six separate triangles, which offer almost limitless possibilities for new terrain each game. Each player places his armies at the start of the game in his home battle sector. The board also contains terrain markers and vortex markers, which the armies can use to jump around and appear unexpectedly behind enemy lines, presenting a sudden and unforeseen threat to the rear. The terrain transforms what would otherwise be a featureless playing area into one that more closely resembles the terrain over which actual battles are fought. With an almost incalculably large number of possible different terrain configurations, strategy cannot be decided in advance. The beginner always stands a chance against the experienced player. Bin´Fa armies use up supplies when they move just as real armies do. On taking possession of the dice, players must choose between moving their army units on the battle sector (which uses up supplies) or using their turn to move the supply marker in hope of obtaining fresh supplies. One of the most exciting aspects of Bin´Fa is the "cavalry charge." As long as a player has sufficient supplies and is lucky enough to avoid rolling a double, it is possible to send a force dashing across the board to attack enemy units and (hopefully) return. The game of Bin´Fa brings together two strands whose origins go back to very ancient times. Sun Tzu was a famous Chinese general and student of warfare. Bin´Fa is based on the precepts contained in his classic work on the subject, "The Art of War," written 2,300 years ago. They provide the structural framework for the game.