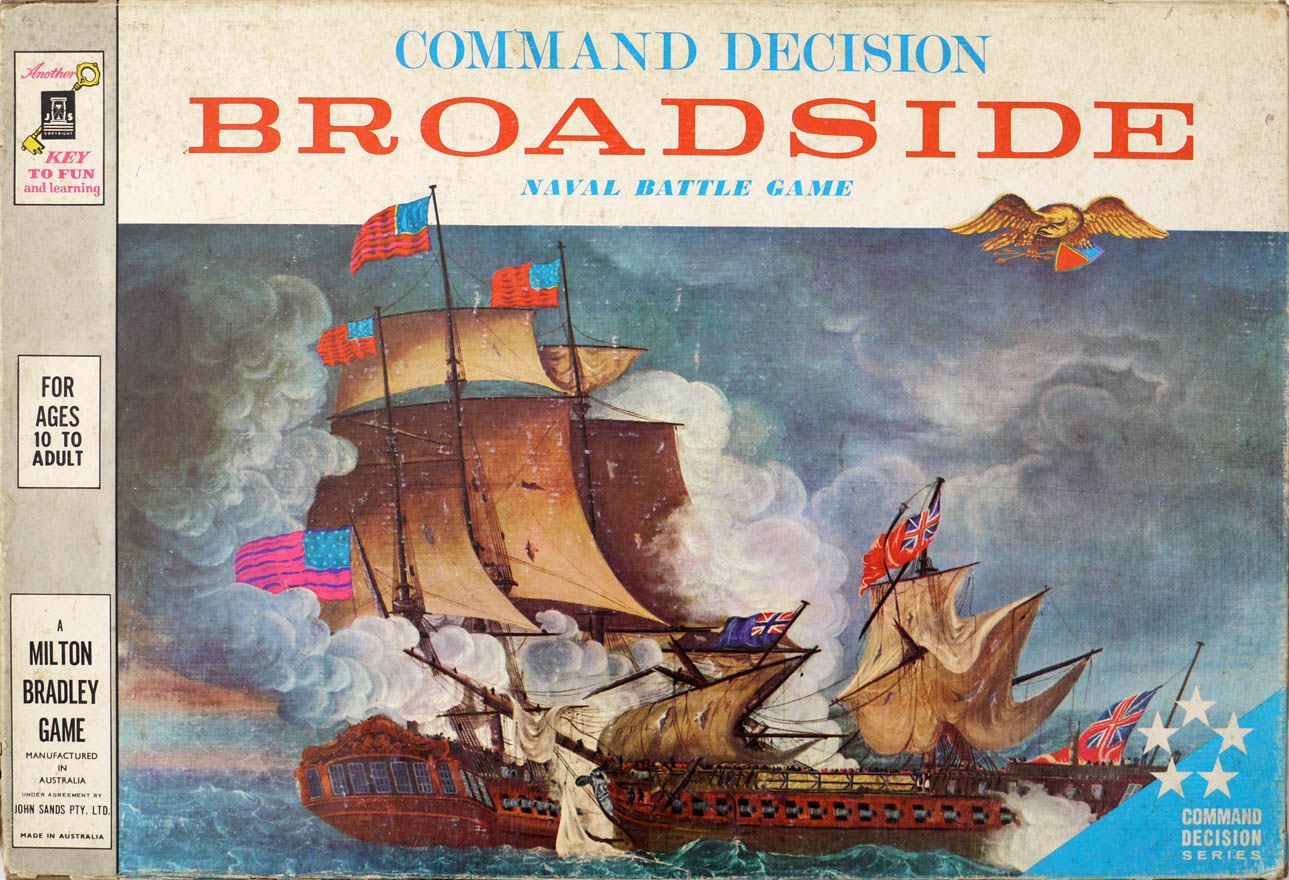 Broadside is an American Heritage game from the "Command Decision" series published by Milton Bradley circa 1962. Players take turns maneuvering their frigates and other ships to gain position so as to fire their cannons and destroy the masts on the enemy ships. Not for hardcore gamers, Broadside is an introductory wargame of early naval combat on the high seas. Some ports are guarded by land based cannons and players risk losing ships by straying too close. Rules are easy to learn and like "Dogfight" the game includes some great plastic miniatures to play with.