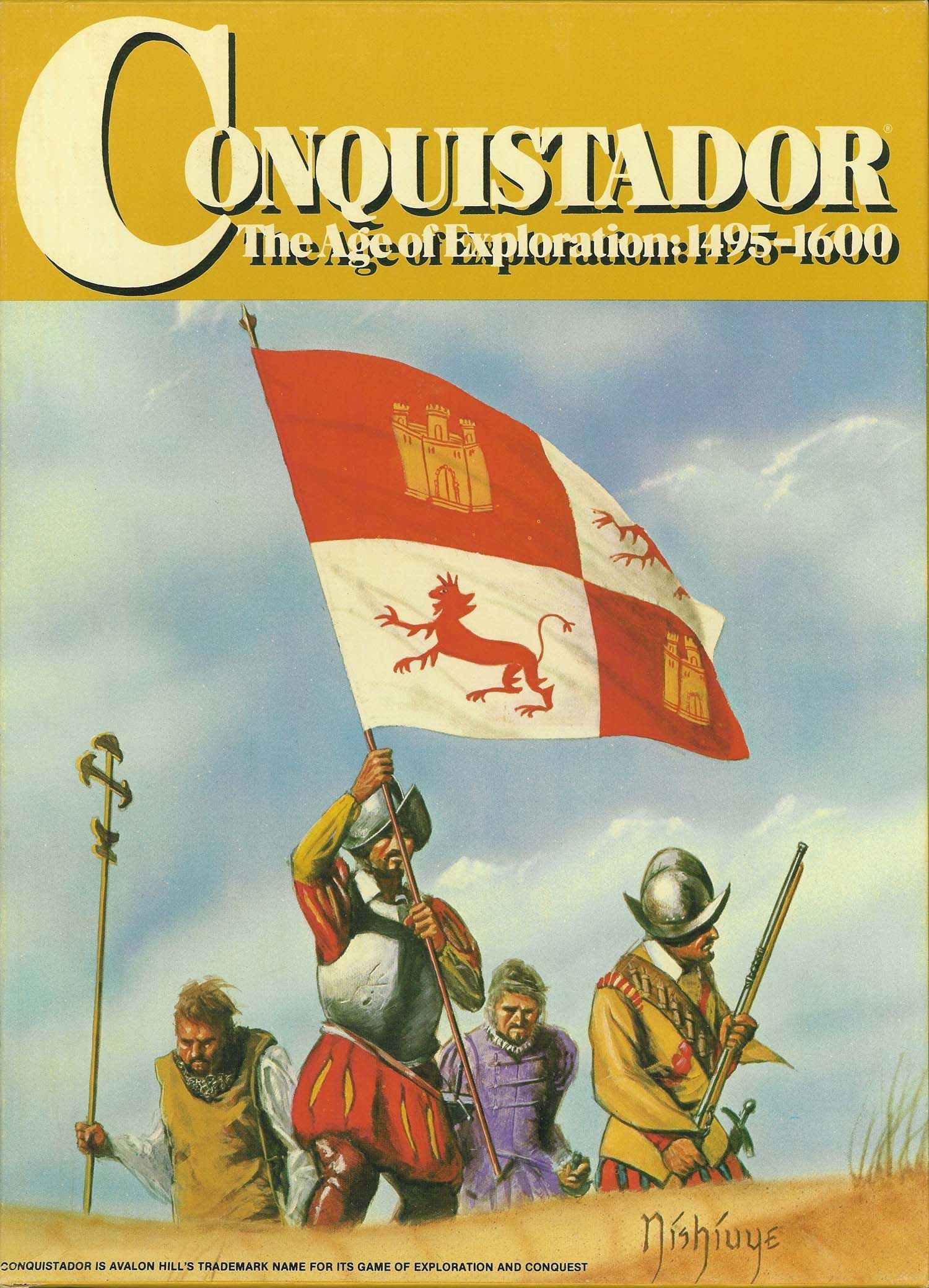 "Conquistador recreates the 16th Century exploration and conquest of the New World (North and South America) by the major powers of Europe." (from Avalon Hill game box) "The game is quasi-historical in nature, providing the atmosphere and mechanics of the 16th Century world, along with historical personages. The object of the game is for one Country to accumulate as much wealth, land, and prestige (in the form of actual discoveries) as he[sic] can; the Country with the greatest total of all three is the victor." (from SPI game rules introduction) Originally published in 1976 by SPI in Strategy & Tactics magazine #58, and later sold as a boxed edition in a plastic tray, the SPI version is a one to three player game, featuring the Spanish (green counters), French (blue counters), and English (beige counters). Rules for Portugal or the German bankers as a fourth player are included, but no counters are provided in the game. The Avalon Hill edition is a one to four player game, featuring the Spanish (green counters), French (blue counters), English (pink counters) and Portuguese (yellow counters). This edition of the game was published in 1982 with a mounted map in a bookcase box. The "Fur Traders & Buccaneers" variant in The GENERAL Vol.21 No.5 added counters and rules for Dutch, Danish, and slave units. Developer: Greg Costikyan