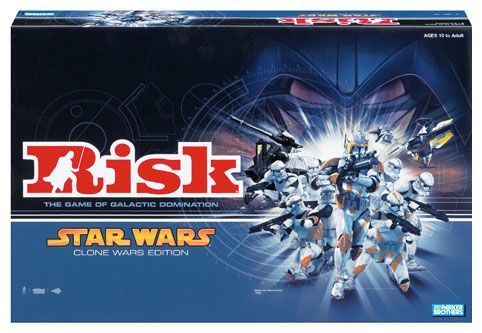 A year has passed since the start of the Clone Wars on Geonosis. The Galactic Republic has since become engulfed with all-out warfare against the Confederacy of Independent Systems. The effects of this galaxy-wide struggle have been felt in every facet of the Republic. Take command of the Republic "Clone Trooper" Army or lead the Separatists in their universal conquest to topple the Old Republic as a players wage war on numerous planetary battlegrounds in the galaxy's most unforgettable conflict in the exciting Risk variant. Components: 4 armies each containing: 15 tanks 35 transformers