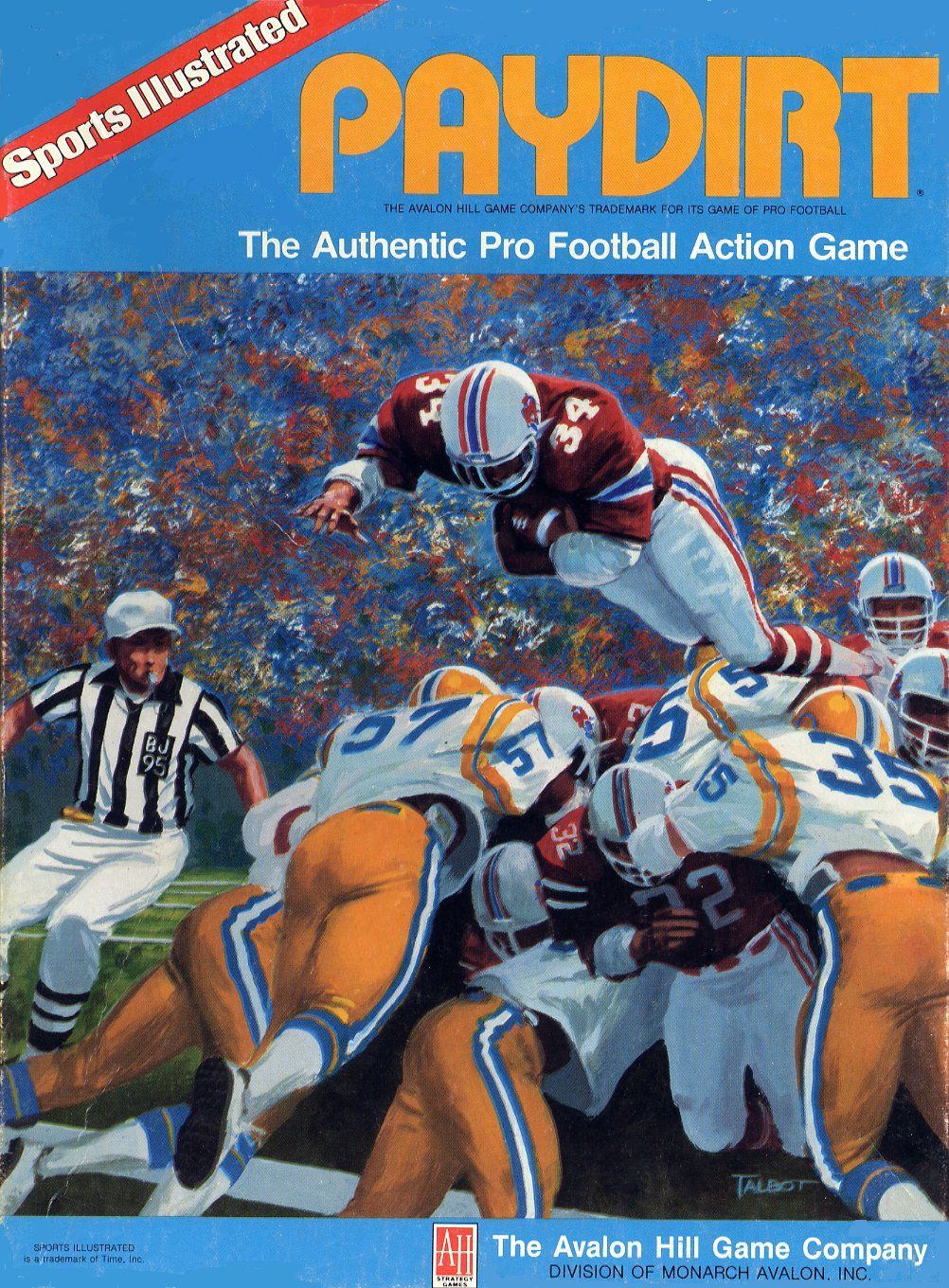 Paydirt uses Team Charts patterned after every NFL team. These charts are statistically designed to reflect the strengths and weaknesses that characterized that team. Though the teams from the era it was published come in the box there is the ability to purchase teams from any era, and even more recent teams. With Avalon Hill's demise this is not the case for the most recent years.* Originally called Sports Illustrated Pro Football published by Time, Inc. Then became Paydirt by Avalon Hill. Chart designer Dr. Thomas R. Nicely, a mathematician with published articles on the subject of random and statistical probabilities. Rights to create charts reverted to Dr. Nicely when Avalon Hill folded and was absorbed by Hasbro. He then granted the privilege and rights of producing charts to one Matt Floray, who released updated (and previous) charts for a few years before his death in 2011. New and updated charts are now made by several different fans. In addition to its boardgame version, Data-Driven Football offers a computer game. Since 2007, DDF's methodology includes the result and description of every play from every NFL game, and information from each play's video.