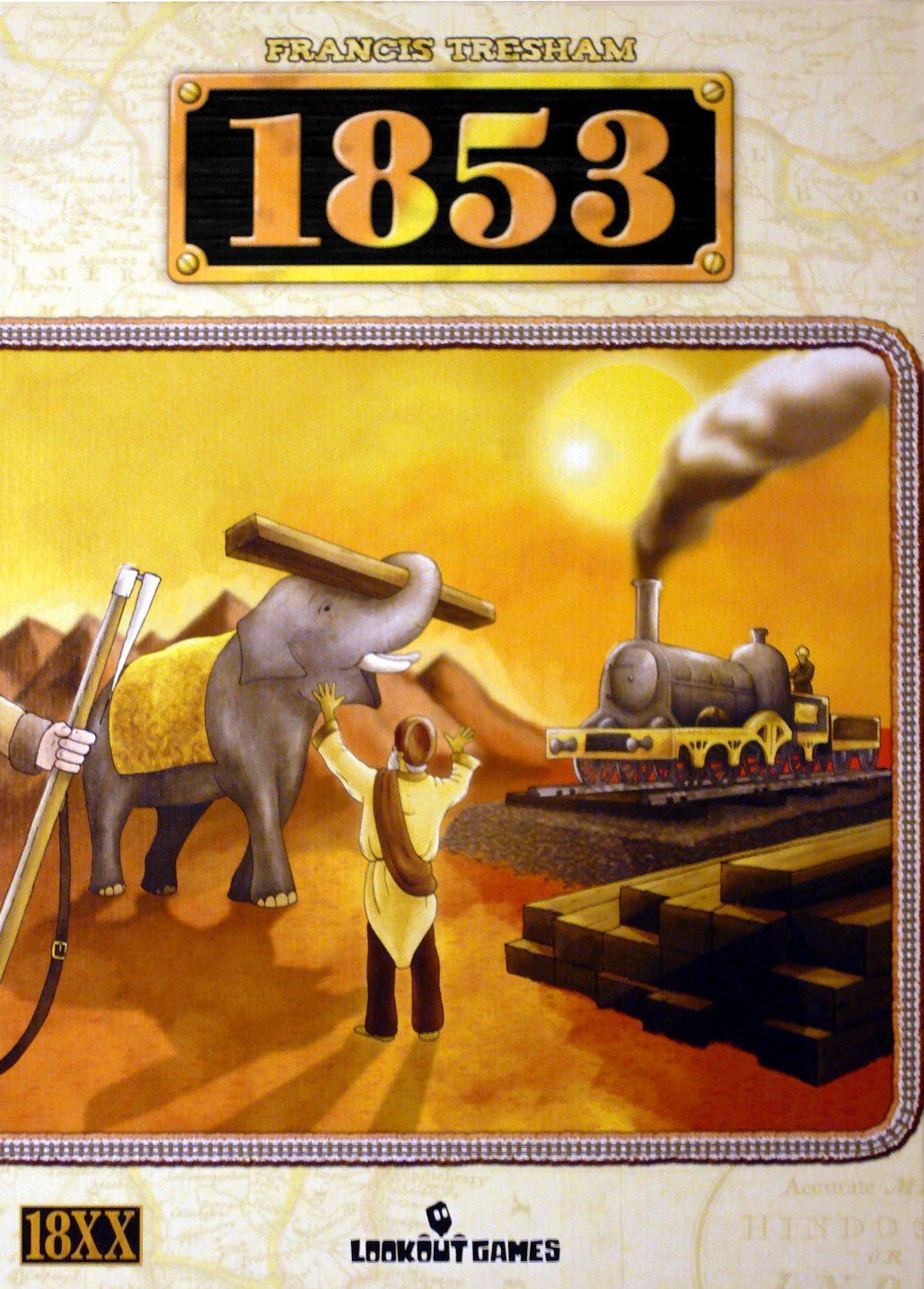 This is the Indian sub-continent (British Imperial India) member of the 18xx family of games. It is billed as A game for engineers who've had enough of the financiers! It involves five-foot-six and metre gauges, hills, mountains and the Himalayas, contract bids and government mails. The technical challenges of building a railroad network in difficult country stand on a par with the financial market manipulation which usually dominates the 18xx games. Time to play is listed as 4-7 hours. Ages 11+. A 4-hour game would be an exception and it's not really for 11-year-olds. Two small extension kits were produced in 1992 and re-edited in 1999. For its 20th anniversary, Lookout Games and Mayfair Games Inc. published an updated version in Oct 2009. It is based on the retuned rules by Stuart Dagger and Steve Jones that were edited by Lou Jerkich, Dick Ruck and Jeff Heuer. Expanded by: MIK 1 Extension Kit for 1853 MIK 2 Extension Kit for 1853