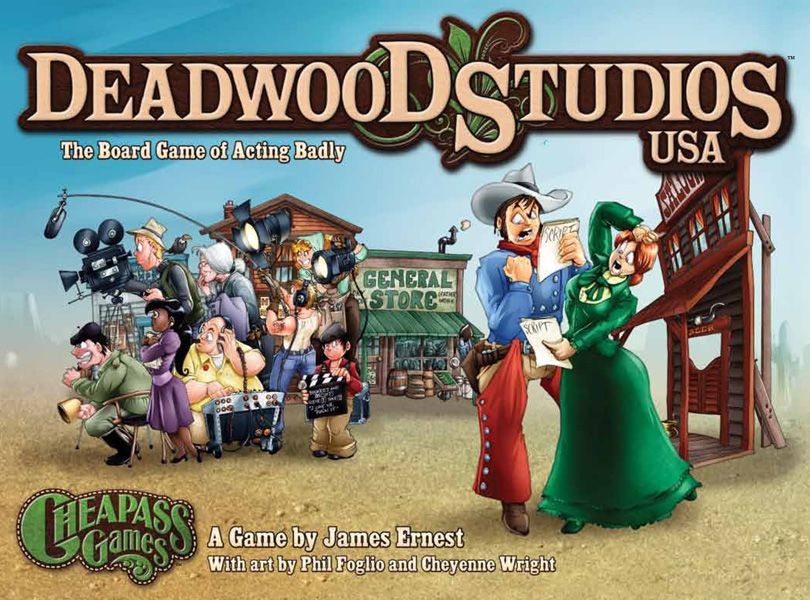 Time to film the latest western being produced at Deadwood Studios, makers of terrible western movies. All the special roles are up for grabs: "Man falling off roof", "Crying woman", "Stagecoach driver", "Dead man", and more. Yes, they're all available, and if you're good enough – that is, if you progress up through the "hack" levels represented by the number on your character's die – you may even get to play that complicated character part "Rear-end of Horse"! In Deadwood Studios USA (originally published as Deadwood), players wander across the backlot each day, looking for acting jobs. Your actor is a six-sided die, and the number on top represents your status. (These dice are never rolled; they just show your status.) After you take a role in the movie, you can roll a die and try to "act", or you can "rehearse" to improve your odds. As you work, you'll earn money and fame, and you can trade those things at the casting office for higher status, which brings you the ability to take better-paying roles. At the end of the game, you add up your money, fame, and status points, and the player with the highest score is the best actor at Deadwood Studios!