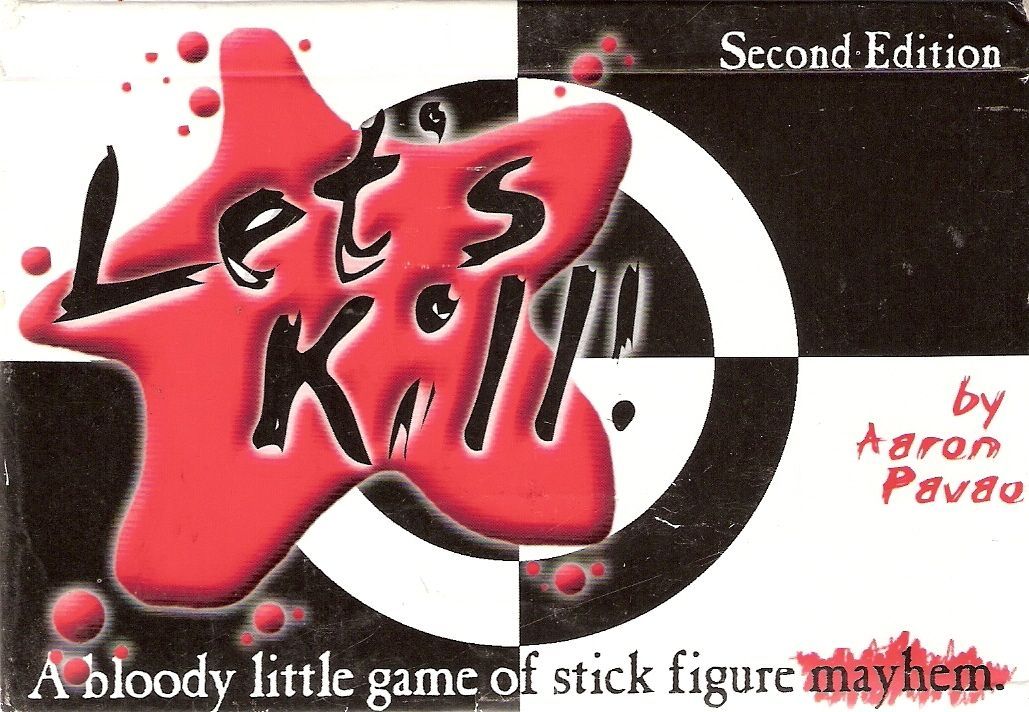 From the rules: "Let's kill is all about pretending to be a homicidal maniac with an artistic twist that goes around whacking a variety of people in a variety of places with a variety of weapons." One deck of cards contains victims, worth 1 - 10 points. The second deck contains weapons, events, surprises and locations. Each turn, draw one victim card and place it on the table, either in a location or by itself. Play one card from your hand, following the directions: weapons to kill victims to gain points, locations for future victims to gather for mass murder, surprises (bonus or penalty points) face down under victims, or events (which might result in a shootout between the players). Draw from the second deck until you have five cards. Cards can also be played during an opponent's turn depending on the results of events or surprises. Expanded by Let's Kill: A Pretty Corpse Let's Kill: Crime Scene Instigation